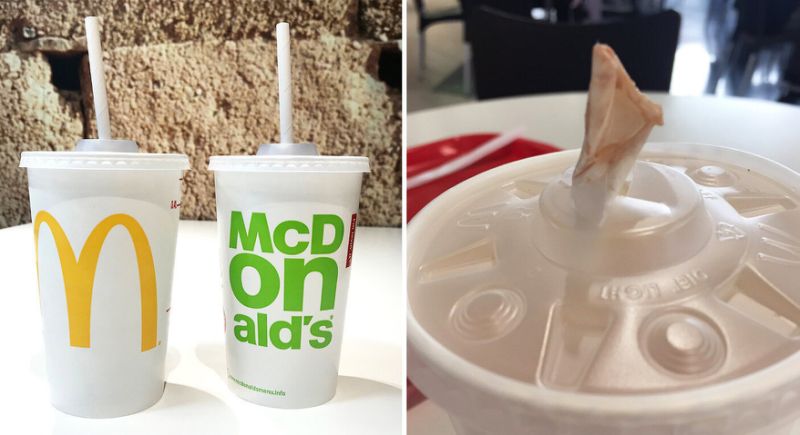 The battle of McDonald’s #Strawgate rages on.

Forget climate change. Forget Brexit. Forget the looming apocalypse. The UK has far bigger fish to fry. We are, of course, talking about McDonald’s switching its plastic straws to paper ones.

Ever since the fast food chain decided to roll out the new straws in a bid to reduce damage to the environment, the country has been in uproar, with angry customers claiming the new ones are too mushy. 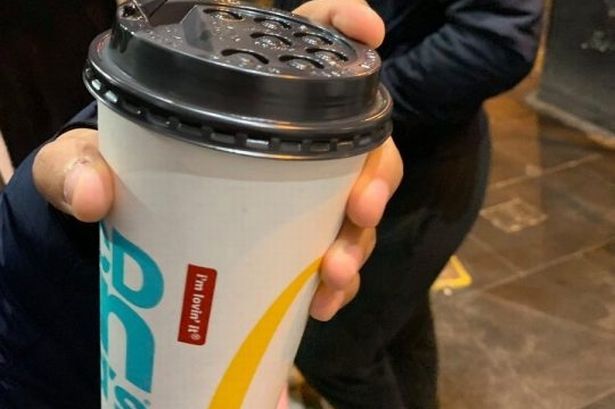 In one corner of the internet, a petition was launched to bring the plastic straws back, while in other areas people are resorting to using their coffee lids instead (which, ironically, wastes more plastic than the old straws did).

As the backlash continues, some jokers are cashing in on the whole thing by selling “vintage” Maccies straws for ridiculous amounts of money online.

Some of the listings are keeping things realistic – selling packs of 20 for £19.99 – but a select few are trying their luck, including a couple who are flogging them for £5000. Others have followed suit, with a number of ads asking for £1000 for the “super rare” drinking devices.

Obviously this is all a massive joke and no one in their right mind would pay that much money for a plastic straw… or would they? After all, one moron did try to buy a bag of air from a Kanye West concert for $60,000. And they were going to pay until the eBay police stepped in. 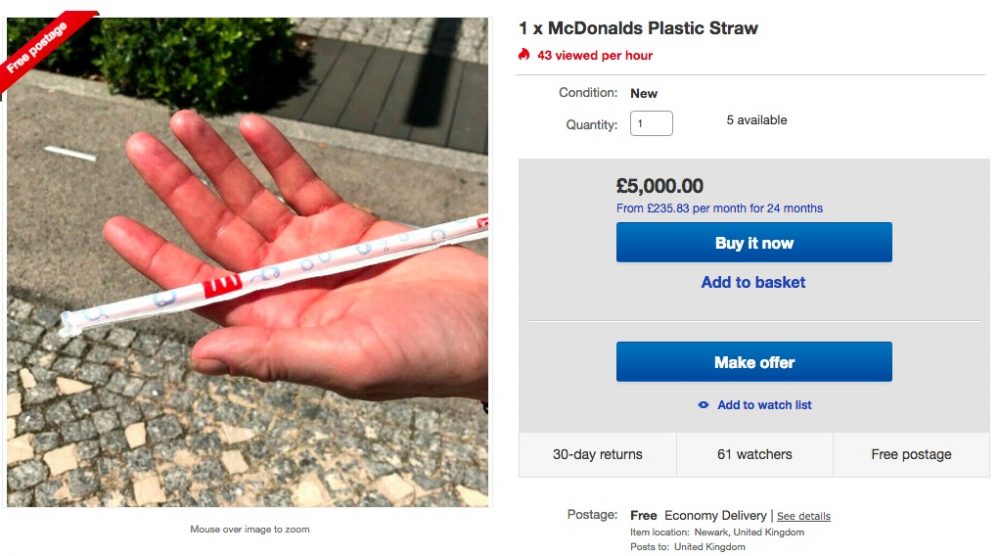 I guess if anyone was stupid enough to pay thousands for a vintage McDonald’s straw, eBay would put a stop to it. Spoilsports.

Regardless, it looks like this is one McDonald’s controversy that isn’t going to die down any time soon – same goes for this year’s Monopoly competition. Read more about why people think it’s a scam HERE.