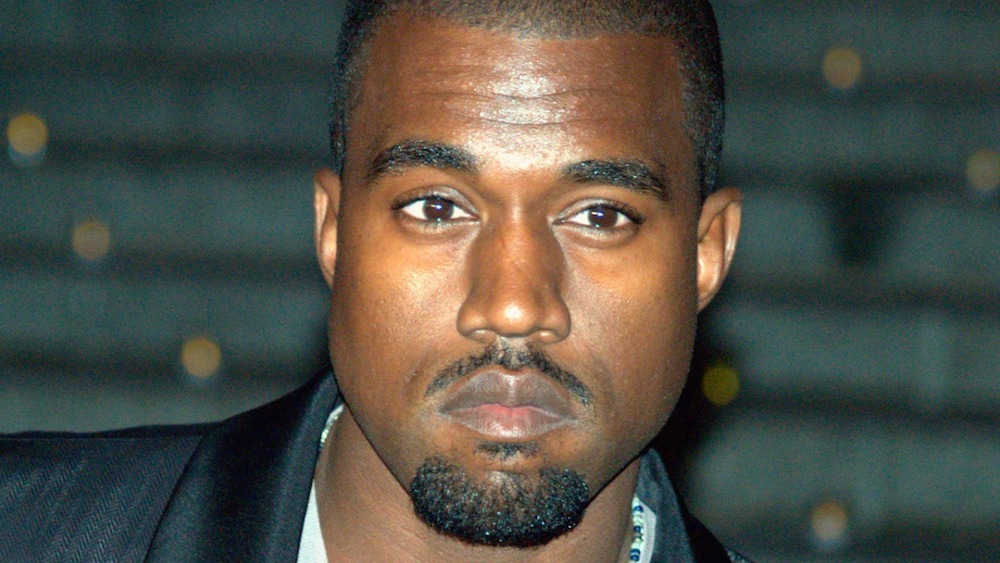 I wish I was joking.

Kanye West can pretty much take anything and sell it just by attaching his name to it, but this latest piece of merchandising is actually unbelievable, perhaps even more so because the man himself has literally got absolutely nothing to do with it. And also because the piece of merchandise isn’t even anything substantial at all – it’s just a bag of air that’s allegedly from one of his concerts.

One savvy eBayer decided that if Yeezus was so damn popular, then if he labelled a plastic zip lock bag as containing air from one of his concerts then he would be able to make a pretty penny by selling it online. I don’t think he could ever have foreseen the reaction that it managed to achieve though when he first set up the listing.

He started it off with a rather conservative opening bid of $5 – I mean this is Kanye, right, the guy should have shown him a bit more respect – last Sunday but by yesterday the bid had reached a staggering $60,000 as a group of people with considerably more money than they knew what to do with fought it out for this valuable piece of memorabilia. Let that sink in for a second – $60,000 for a bag of air that might not even be from a Kanye concert as he didn’t even say which one he had been to or offer a picture of a ticket stub of any evidence of his attendance, he merely stated that he obtained the air by holding the bag open and sealing it in during a concert. Mindblowing. 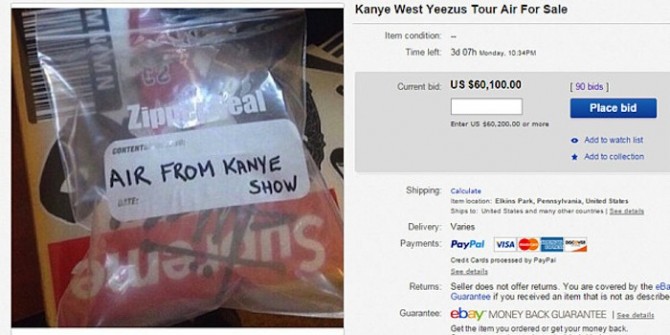 Unfortunately for the seller, it looks like he wasn’t able to cash in on his winnings as the eBay police moved in and deleted the listing as they weren’t happy that such a ridiculous product was being sold for so much money on the site and they foresaw some kind of legal argument between the seller and whoever eventually placed the winning bid. Spoilsports.

This didn’t stop a whole bunch of people making similar listings to try and cash in on the phenomenon though, with one seller offering a buy it now option at $400 and another one offering a ‘limited edition’ set of the bags, all individually numbered from 1 to 10. None of these items received as much interest as the original bag though.

One particularly creative seller even decided to try and sell one of Kanye West’s farts in a bag, with the fairly reasonable starting price of $5. That received very little interest at all though, which is kind of surprising when you think about it. Maybe people were just a bit too sceptical of that one. Although Kanye West famously never smiles – and has a damn good reason for it too – so maybe he doesn’t fart either. 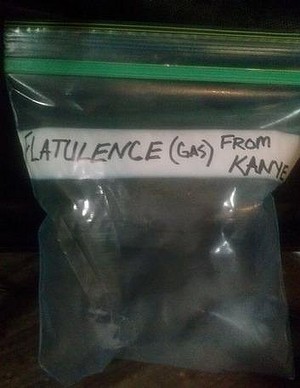