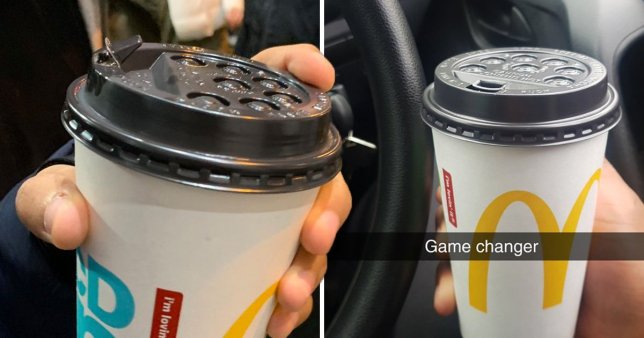 Kinda missing the point there.

It was pretty commendable recently when McDonald’s announced that they were ditching plastic straws in favour of paper ones in order to help the environment, but it seems like it’s backfired massively as not only are all their customers majorly pissed off about it, but they’ve started using plastic coffee cup lids instead which is definitely using more plastic. Damn.

People first began complaining about having to use the paper straws – with on customer saying that it was the equivalent of sucking on a mushy tampon – and now a whole bunch of people have been revealing on social media that if you ask for the coffee cup lids at any McDonald’s the staff will give you one and it’s way better than the paper straws. Not way better for the environment though which kinda blows and completely undermines McDonald’s original initiative and is a bit naff, but hey at least you don’t have to suck your drink through a paper straw? That’s the main thing here. 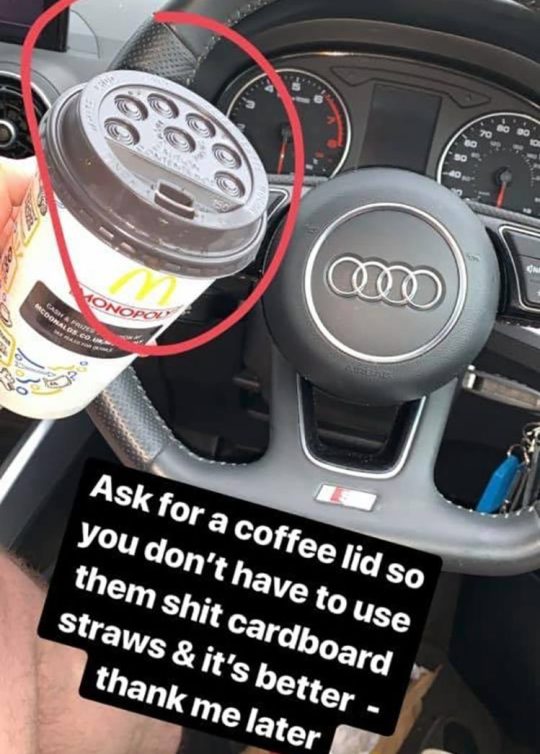 The one problem here is that you can’t drink milkshakes out of a cup with a plastic lid on it. I would have thought this was the main issue with the paper straws at McDonald’s to be honest, but apparently people still go there and order soft drinks with their meals instead of a milkshake. Probably finding that the most bizarre thing about all of this to be honest.

Anyway, the next step is clearly for McDonald’s to stop even serving anything in any kind of container and start making you bring your own re-usable cup – or charging way more for a re-usable cup – so you had better make use of this hack whilst you can because it probably isn’t going to last long. Just giving you the heads up about it and asking you not be so bitter about it whilst we’re at it. The plastic waste problem is out of control on this planet and McDonald’s should be commended for doing something to stand up to it, not condemned. Think about that for a second.

Of course, another solution here is that you don’t act like a little baby and insist on having a straw or drinking out of a little sippy cup. You don’t do that when you’re at home or at a restaurant or anywhere else, so why the hell do you need to do it at McDonald’s? Grow up already and start thinking about someone other than yourself.

For more of the same, check out Adidas with their first ever 100% recyclable trainer. Nicely.