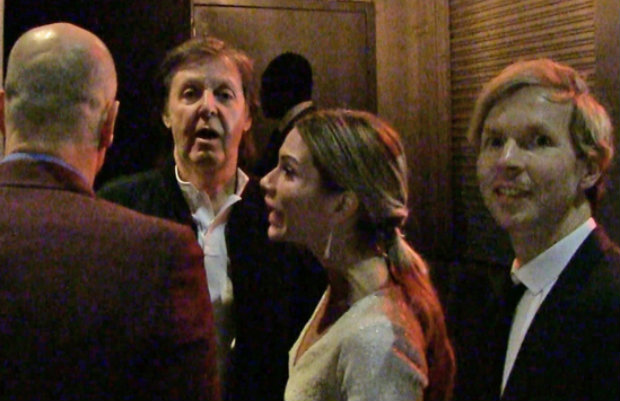 Paul McCartney should have Tyga murdered for this.

Of all the people who should never get turned away from any party ever, Paul McCartney is right up there. I mean how is it even possible to deny this man entry anywhere? He’s literally one of the most famous people in the universe. He’s sold a billion albums. He’s the only Beatle left that people give a shit about. Maybe Ringo I can see getting turned away from a club but Paul? No way. Never would expect that in a million years.

And yet, his fame stood for nothing when he tried getting into Tyga’s (yeah, that Tyga) afterparty at the Grammys. Here’s what happened:

Unbelievable. Although I guess Tyga is still hitting on girls who should be studying for their GCSEs, so maybe he doesn’t know who Paul McCartney is?

Why would I deny @PaulMcCartney stop it. He's a legend 🙏🏾

I don't control the door. I had no knowledge SIR PAUL was there. I just performed and left.

P.S. Maybe if he’d played the bouncer his collaboration with Kanye West things could have been different. After all that’s what made him famous according to these Kanye West fans.