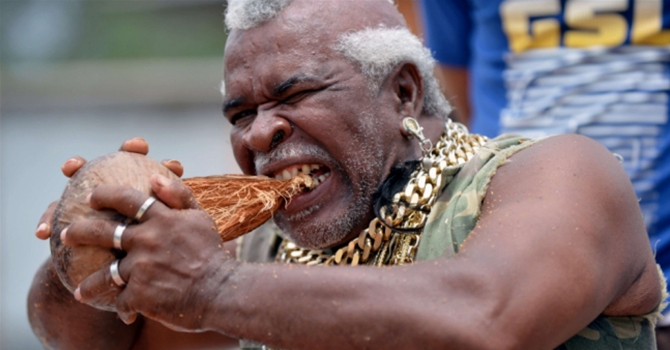 Mr T is/was awesome, but I reckon this guy might be even cooler…..

I probably speak for many people of a certain age when I say there was a time in my life when Mr T could do no wrong, and I very much wanted to be him. I think I also speak for those same people when I say that we grew out of that phase when we realised that he was actually mental. 64 year old Andres Gardin of Panama, however, never out grew this phase and is still very much in it. 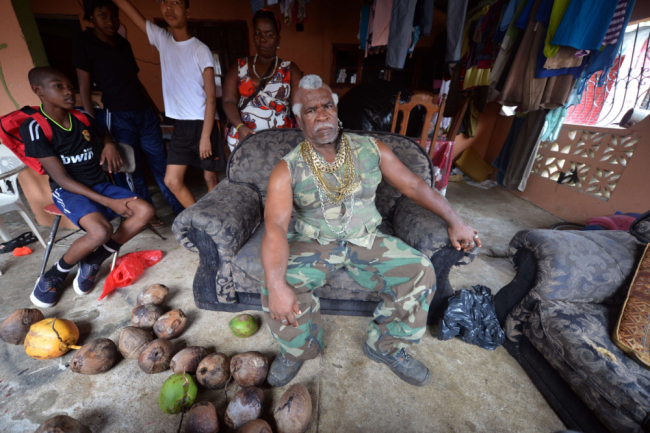 â˜› Check This Out Next: So Here’s A Bear And A Monkey Racing On Bikes Before The Bear Eats The Monkey 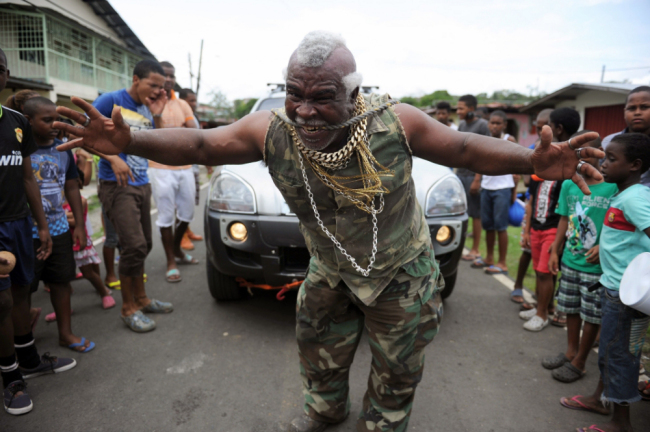 He has clearly nailed the look as the pictures deftly show. But he has an extra string to his bow, he’s not just a regular look-alike: He is readying himself to peel (shuck) the most coconuts in 6 hours, ever. He wants that coveted Guinness World Record, and by the looks of his grimace, he just might make it. He estimates that he’s shucked (is that the right word?) 100,000 coconuts in the last half century. Just to be clear, he does this task with nothing but his hands, feet and teeth. I certainly wouldn’t mess with him. 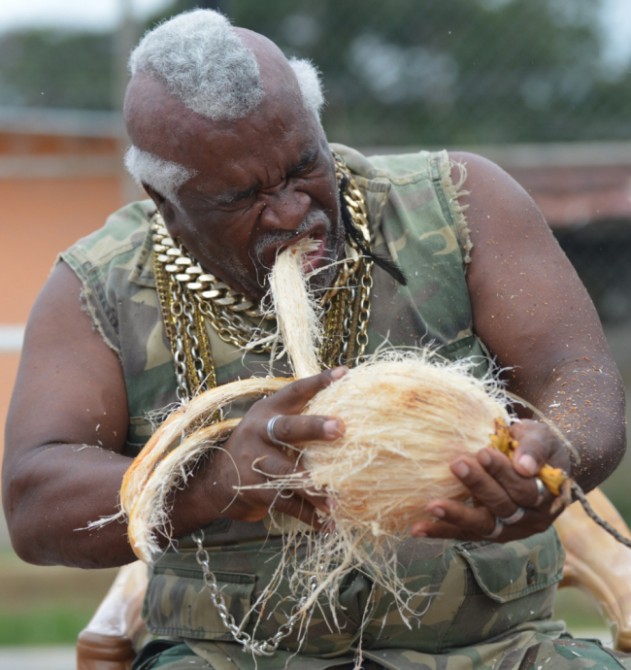 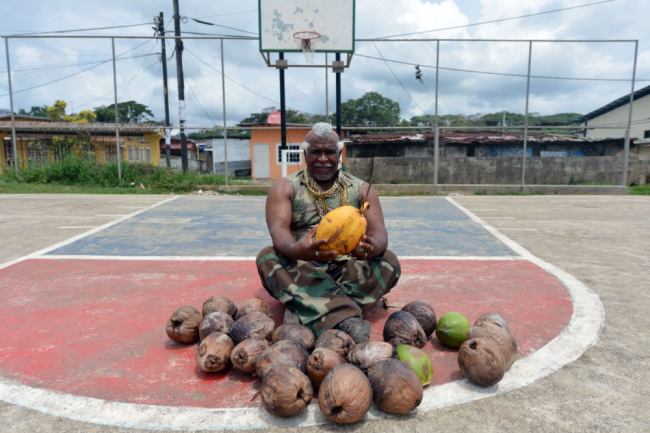 Woman On Motorbike Nearly Crushed By Lorry In India

Politicians Around The World Scrapping On TV