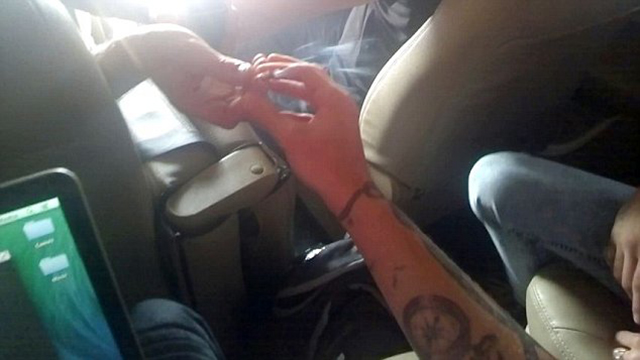 One Direction fans have gone insane again and are actually cutting themselves in hopes the boys will stop smoking weed.

A year or so ago when Justin Bieber was looking completely blazed off his nut during fan meet-and-greets, his fans didn’t really know how to handle the news and turned to cutting themselves and pushing a #cutforbieber Twitter trend, which was a roaring success all round (except for the part that Bieber is still a massive bun head).

Not put off by the lack of results obtained by #cutforbieber, One Direction fans are trending #Cutfor1D after video footage leaked of two of the lads smoking a joint in their tour van.

I guess the question they’re posing is — do the One Direction boys care about their fans enough to stop smoking weed? Or to at least not do it on camera and maintain the illusion that they’re squeaky clean pop stars?

I hope the One D boys are completely baked when they see these pictures and pull the biggest collective whitey of all time: 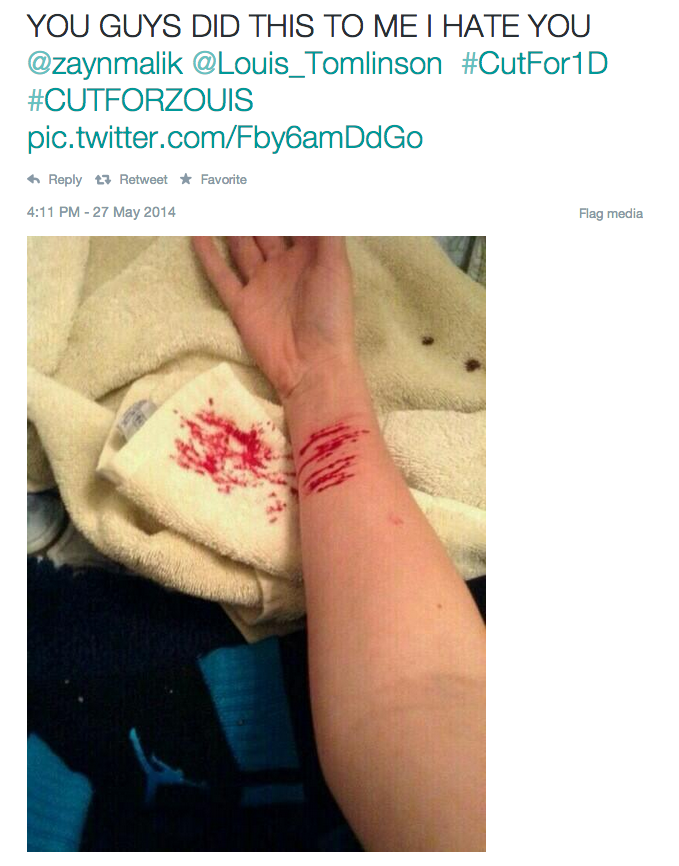 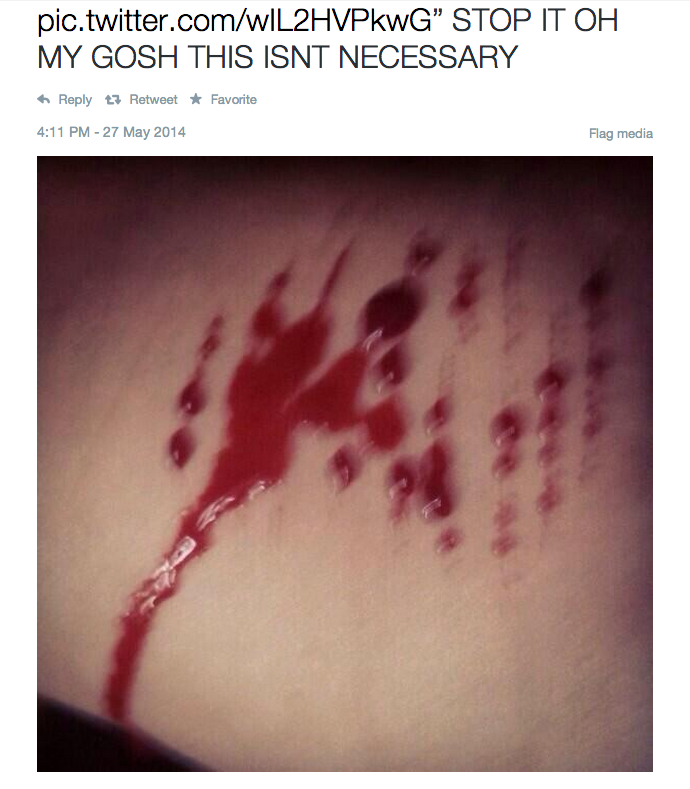 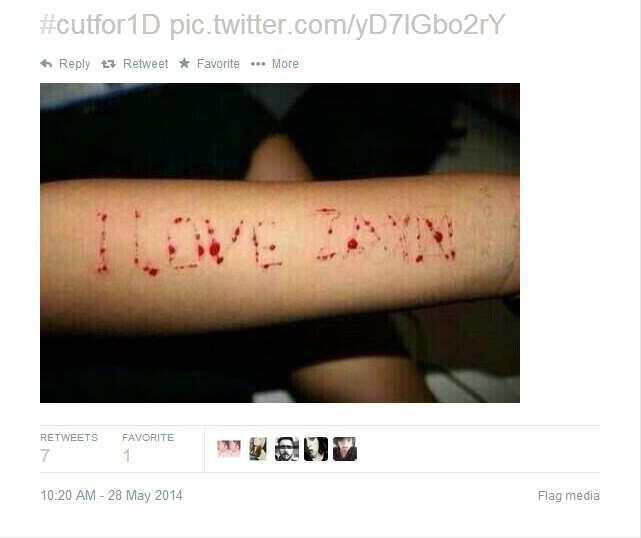 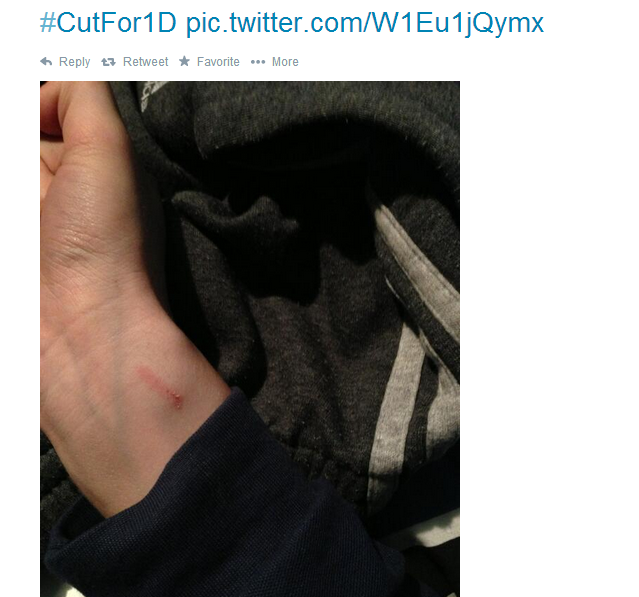 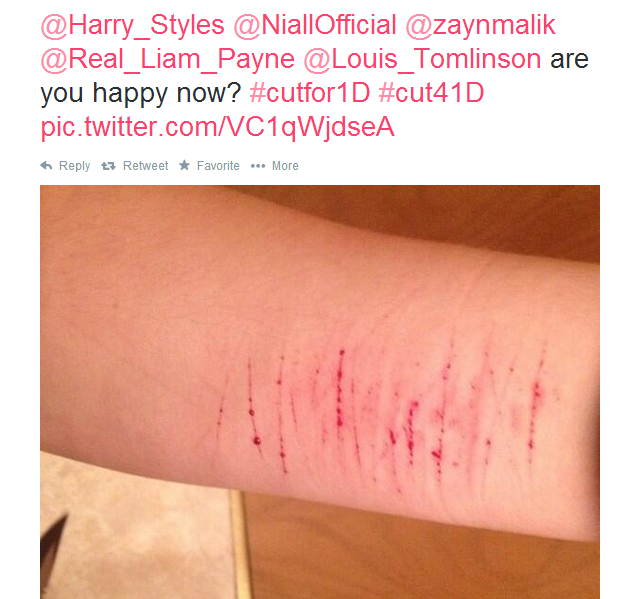 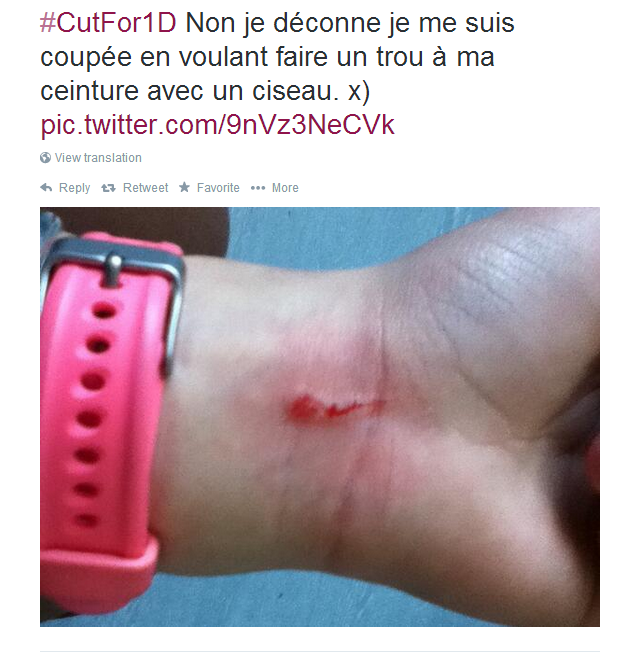 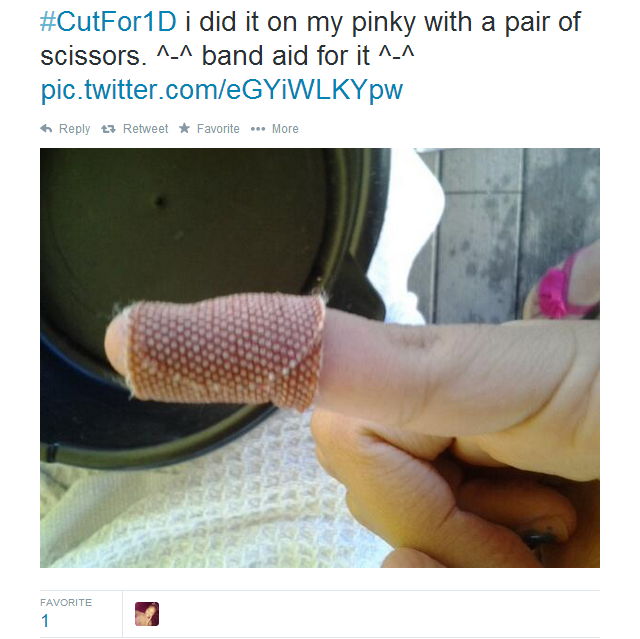