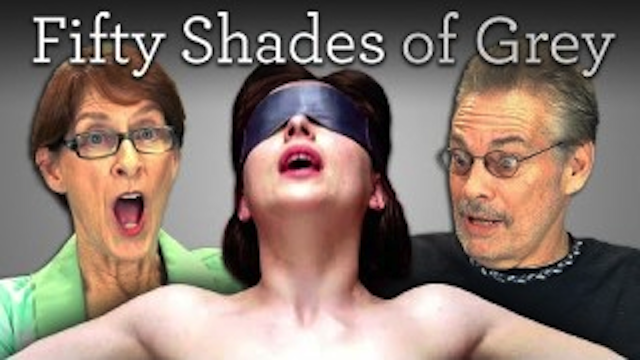 It will probably make you never want to have sex again.

Old people reacting to stuff that kids are into now is always good way to get a few cheap lolz (check out old people reacting to Skrillex to see what we mean) so it’s a wonder that nobody has bothered to find out what they think of 50 Shades Of Grey yet, considering how huge a phenomenon it was a couple of years ago.

With the movie coming out next year though, the Fine Brothers decided that it was time to test it out and rounded up a bunch of oldies and got them to watch the trailer to the new movie, as well as read some of the passages from the book out loud. The reactions are priceless, as you might expect.

Make sure you catch the guy simulating a blow job with his tongue as he describes one blow job scene. It’s the kind of visual that will make you never want to have sex again.