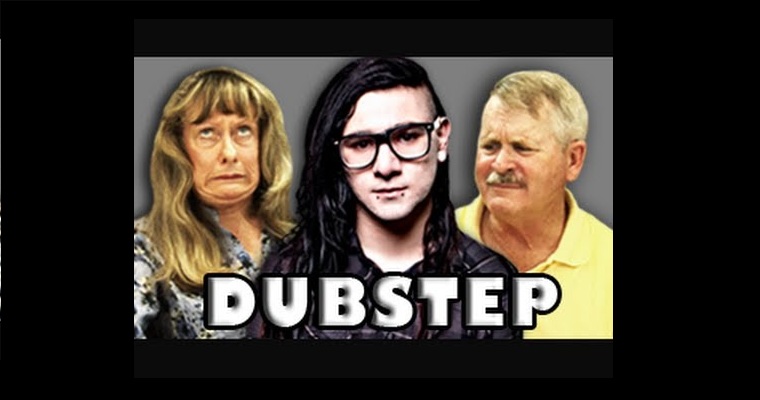 Ever wandered what your grandparents might think of Skrillex?

I’m pretty sure if it wasn’t for the clip of the cute kids reviewing Skrillex that popped up all over my Facebook a couple of months ago, I would have forgotten about him altogether. The genre confused producer who fucks fellow mop head Ellie Goulding and collaborated with Korn, has been off the music radar for a while now. This still doesn’t seem to stop people using his ‘music’ as the prime embodiment of dubstep as if he invented the damn thing. Whilst I wouldn’t normally choose to dedicate a whole article to the man, this is a worthy cause. Whether you love or hate the producer once described as the most hated man in dubstep, you will honestly love this.

The clip is just the second ‘Elders react to..’ video that see the creators TheFineBros expose new age phenomenons that are supposed to reflect our current youth culture to seemingly innocent and unsuspecting old people. The kids reviewing Skrillex were cute but this brutal lot are nore open to the ‘alien sounds’ and are willing to give it to us straight. The result is a mixture of confused and surprisingly bad-ass reactions, there’s no way my grandparents would have been such good sports. The majority said that the music, or maybe just Skrillex, was a load of crap but some of them bloody loved it.

â˜› Next: Skrillex Gets Knocked Out On Stage

Among my personal favourite reactors were Rhoda, the hippy art teacher type whose facial expressions said it all and Diane who seemed to experience a rude but pleasurable awakening. My favourite answers though came from the unimpressed Owen whose blatant ‘I have no time for this bullshit music’ approach to answering gained my respect. His brief but brilliant one liners include:

‘I’m thinking its probably a lot better if you’re stoned’,

‘It was kind of like a jackass in a bottle’ and

(when the interviewer reveals the artists name) ‘Did his mum and dad make that up when they were high?’.

The clip’s worth watching to the end as the elders are asked to imitate the sounds of Skrillex and show us their dubstep moves which are pretty priceless.