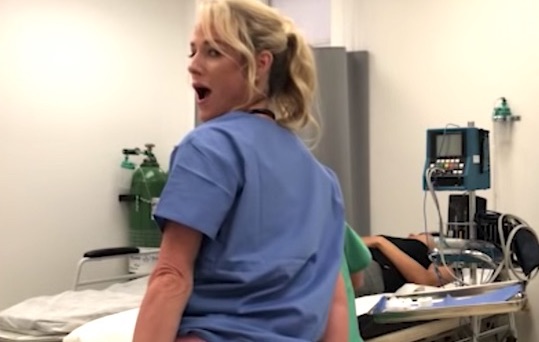 When you’re having an operation you would like to think that whoever is operating on you knows exactly what they’re doing and is supremely focussed on that task and not screwing up your body and for the most part this is generally correct. Unfortunately though, I did say for the most part.

Sometimes, stuff like what happens in the video below is going on in the operating theatre and it’s absolutely outrageous. In it, the doctor seems to be stitching up his patient whilst the nurse assists him, but in actual fact the nurse is just flashing someone on her phone her boobs and ass as he goes about it on his own.

This is some unbelievable footage:

For more nurses, check out this story about some nurses who opened up a body bag to admire a guy’s penis. Seriously.