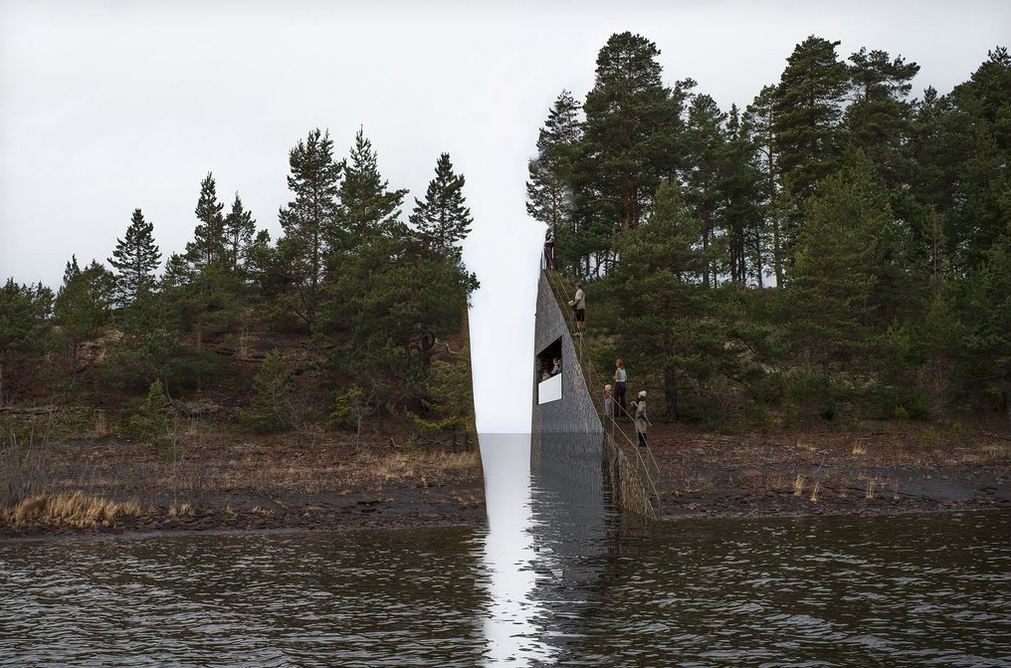 How do you memorialise a mass murder? Slice a chunk off an island of course.

Everyone remembers with sickness in their stomachs the events that played out on the island of UtÃ¸ya, Norway on July 22nd 2011. Lone sicko – Anders Behring Breivik (pictured) – attacked a Workers’ Youth League summer camp killing 69 people, many of which were youngsters. On the same day a car bomb was detonated in Oslo killing a further 8 people and injuring more than 200. 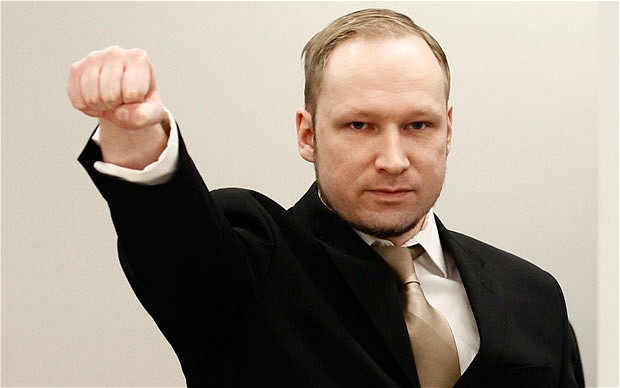 When something genuinely horrific happens to humans and life is lost en masse we can’t just let it lie, and we shouldn’t just let it lie either. On memorial Sunday I’ve heard massive idiots declare that we shouldn’t waste time remembering past losses and the errors that humanity has made, and that we should move on and forget about it. But like I said, they are massive idiots. If we don’t remember what’s happened we can’t avoid it happening again.

In fact, I think we could probably do with upping the amount of remembering we do in Europe at the moment with the rise of the right we’re experiencing. People voting for UKIP could do with reading about the far right’s track record for really ruining things for everyone.

After the horror of the UtÃ¸ya incident died down a competition was set up to design a fitting memorial for those that had lost their lives and the families and fellow country folk who were left behind. This competition was eventually won by an architect and artist by the name of Jonas Dahlberg (below). 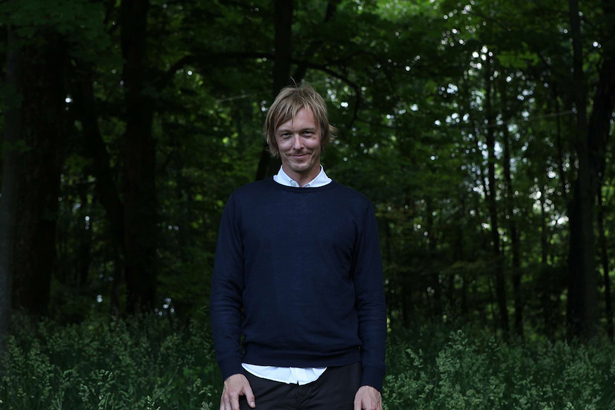 Dahlberg’s winning scheme is to cut a tiny section of headland away from the main body of the island of UtÃ¸ya. The idea is beautifully simple in some ways, but I expect it will be pretty difficult to bring to fruition. How do you cut a chunk out of an island?

The resulting slice through the land will be 3.5 metres wide and called “memory wound”. There will be a pathway running down to the side of the section so that viewers can look through to the opposite side of the gouge, there they will see the victim’s names on a plaque on the rock.

The earth that is removed from the island will then be used as a base for a memorial in Oslo. It’s a neat idea, and I think it has a cool poignancy about it.

This is what it will look like when complete, it’s a butt-tonne better than that creepy-as-frig Steve Jobs memorial statue: 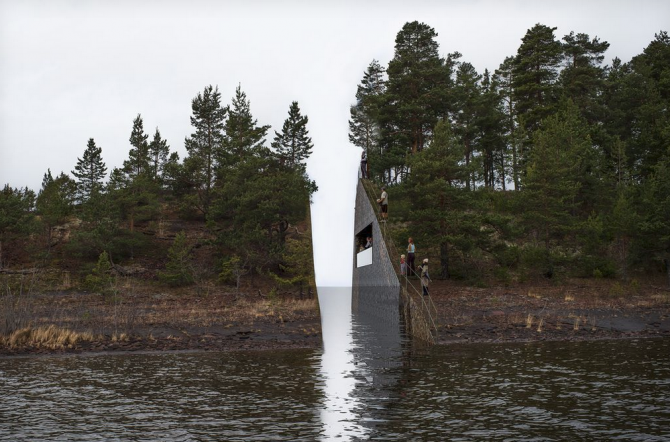 Hit right on your keyboard to check out the rest of the photos.