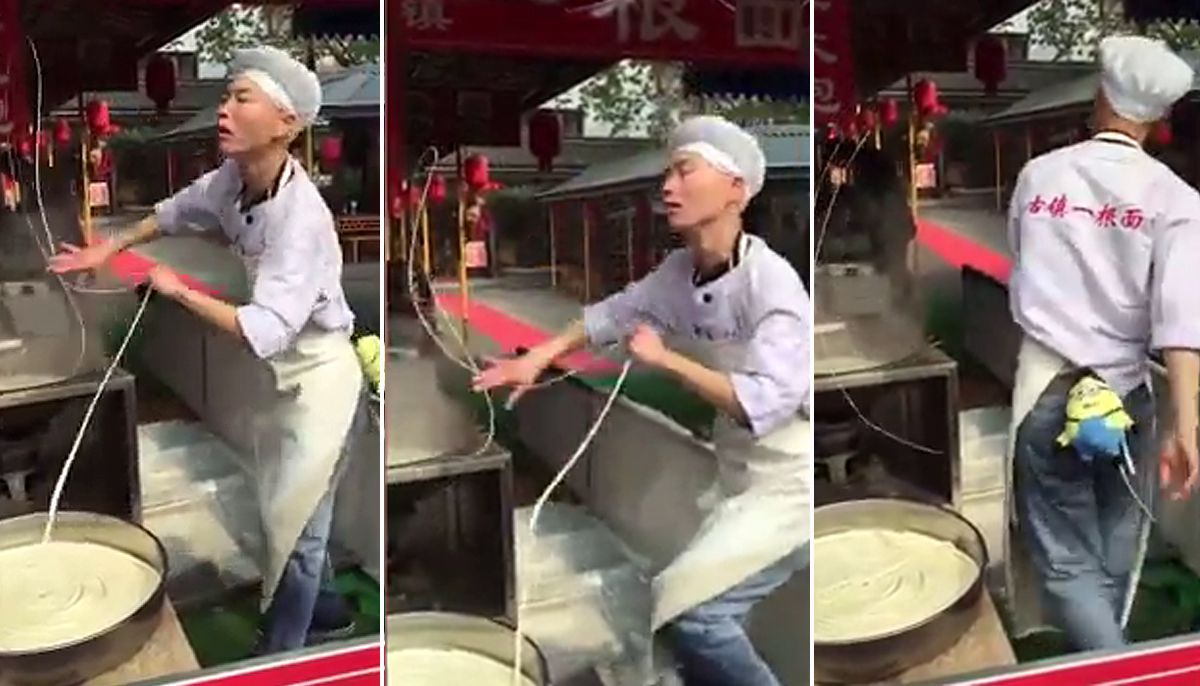 It’s not been long since Salt Bae exploded onto the internet with his incredible salting technique and sexual meat handling. But already it appears that his 15 minutes are up, as a new guy is set to overtake SB as the internet’s favourite new chef.

That’s where Noodle Bae comes in. The currently unnamed young man from Chengdu, China, can be seen in the video below, forming an insanely long noodle with the same finesse that SB salts his meat with:

Dude’s got some serious moves. I’m not sure who’s more impressive. I feel as though while Salt Bae may look good, cutting the meat with the same tenderness he’d use to make love to a woman, Noodle Bae’s technique must be far more difficult. I mean who else would be able to tug such a long noodle out of a piece of dough before throwing it into a pot in one swift movement? No one else, that’s who.