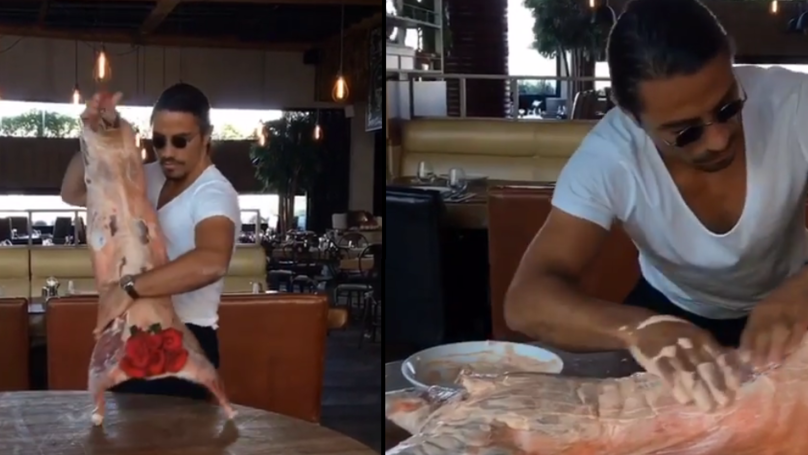 Is Salt Bae an undercover psycho?

Has Salt Bae begun to lose the plot? The guy seasoned Leo DiCaprio’s steak the other day and now he thinks he can do anything I guess.

He uploaded this video earlier in which he goes on full-on American Psycho – stuffing roses up a dead pig’s arse, dancing with it, and then preparing it as a tasty meal:

To be fair, getting famous by pouring salt down your forearm and onto people’s food is already a bit weird, so I suppose it’s only natural things get weirder from there. I just don’t really want to know what Salt Bae did to that pig before he shoved the roses up its butt.