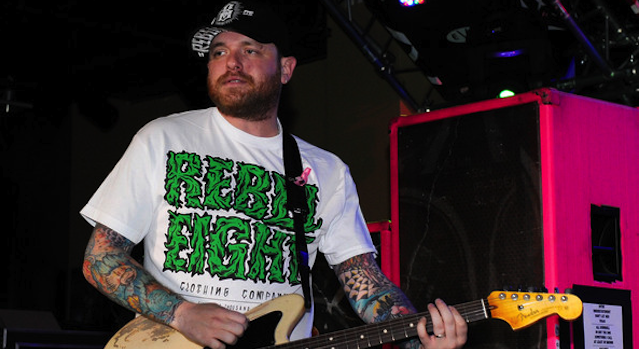 Steve Klein’s lawyer has issued a statement about the case and all might not quite be as it seems.

Yesterday, it came to light that New Found Glory guitarist Steve Klein – who had been kicked out of the band in December – might be a paedophile, as he was charged with several counts of ‘lewd conduct’ with multiple underage girls.

We obviously assumed he was soliciting them for blow jobs in his tour bus after the show, but it turns out it wasn’t anything like that and he might actually have been stitched up about it (although admittedly he was doing some dirty things, although no more dirty than half of the population probably). Here’s the statement from his lawyer Debra White:

‘It is a difficult challenge to defend oneself in the media when there is a pending criminal case. This is because people are quick to assume that if a person is charged with a crime, they are also guilty as charged. And it is especially difficult because criminal defence attorneys insist that their clients not talk about the case to ensure that their constitutional rights are protected. Furthermore, attorneys are limited by law as to what can and cannot be said about a case to the public.

In the matter of Steve Klein, since his case has now been brought into issue by the media, I am permitted to make a few statements. To that effect, I offer you the following indisputable facts about the accusations:

1. Steve Klein is not accused of having any lewd actual physical contact with any minor.

2. ALL charges against Steve are derived solely from online consensual video chats between Steve and some female strangers he met on an adult website. Steve believed the females were over the age of 18.

3. The females alleged to be “minors” in this case are not known females. This means that no one, not the prosecution, not the police, and not the defence, actually know who the females are and no one knows their true age.

4. The possession of child pornography charge is based solely on Steve allegedly “possessing” the videos of chats with the female strangers from the adult website.

This is about all I am permitted to disclose at this time. But I can tell you, from my many years of experience in this specialty area of criminal defence, I wholeheartedly believe that Steve Klein is innocent of all of these charges.

Steve is devastated by these accusations. He has lost his band, his livelihood, and his ex-wife continues to push for full custody of his children using this case as her pawn while he literally fights for his life. Despite this heavy hand, Steve remains strong and hopeful that he will be vindicated.’

â˜› More Accusations: Steps From H Is Accused Of Everything 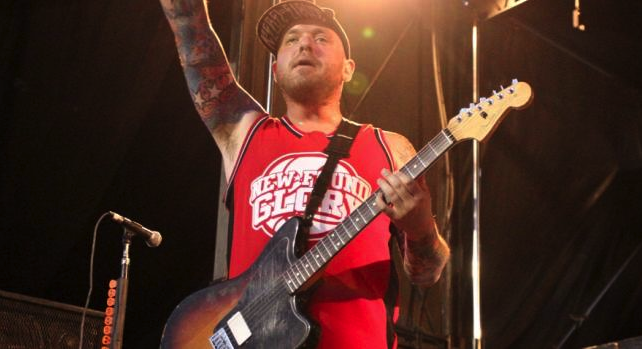 Hmm. So yeah, it kinda sounds like he got stitched up, at least from this statement. Whether or not this is true though is also very debatable, because he could still have entered into these video chats knowing that he was going to be hanging out with underage girls. I guess we’ll have to wait and see when the trial continues next week. At least it’s better than getting blown by young girls after the show, albeit still kinda creepy.

New Found Glory also released a statement which didn’t really say anything, as is normally par for the course with these things:

‘Upon our return from Warped Tour Australia, Steve made us aware of possible allegations that might be made against him. At that point, not knowing all the details, we made the decision to part ways in order for him to deal with these personal issues. Us 4 members of New Found Glory have given our entire lives to this band and will continue to do so. We’ve been able to play all over the world for the most amazing fans. We can’t wait to get in the studio to make a new album and we can’t wait to get back on the road! Just coming off the Parahoy cruise and a surprise show in our hometown we are more inspired than ever! Thank you so much to everyone around the globe for always sticking by us. The future is bright.’

â˜› More Future: Are These Postcards From The Past Or The Future?