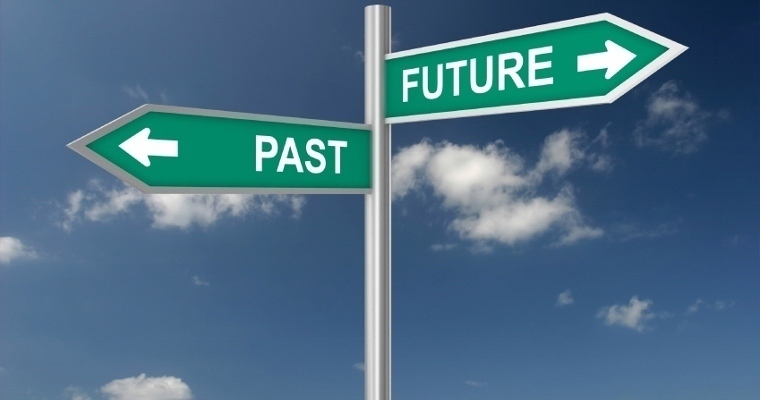 These postcards from the early 19th century show artists’ interpretations of what the year 2000 was gonna be like. Turns out we were pretty different to their ideas.

We all think about what the world is going to be like in the future, don’t we? It can lead to a pretty intense conversation, especially when you’re high, and it’s a pretty interesting thing to think about, too. I mean, how can you not think about how whether or not green will be legalised by the time you die? Or will the iPhone still be really shit? Or will Russia still be as crazy? Or whether or not cars will be replaced by hoverbikes or something? The world is constantly changing, bro, right under our feet, and there’s nothing much we can do apart from hopping on and enjoying the ride.

And the dudes who lived and drank and shagged before us were no different, either. As you’ll see in a minute. In the early 19th century, some artists were encouraged to give their artistic interpretations of what they thought the year 2000 (no, not the awful Busted song) was going to be like, and their ideas were then painted/drawn/whatever onto postcards and sold in cigarette packets. Pretty cool idea, right? Imagine buying a fresh pack of 20, you open it, and a cool as fvck drawing falls out. Awesome incentive to blacken your lungs further.

Here’s a selection of the postcards, enjoy. 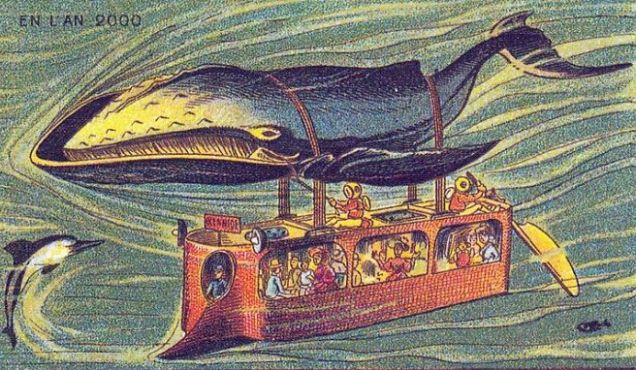 Yep, that’s right. This is an underwater bus being pulled by a whale.