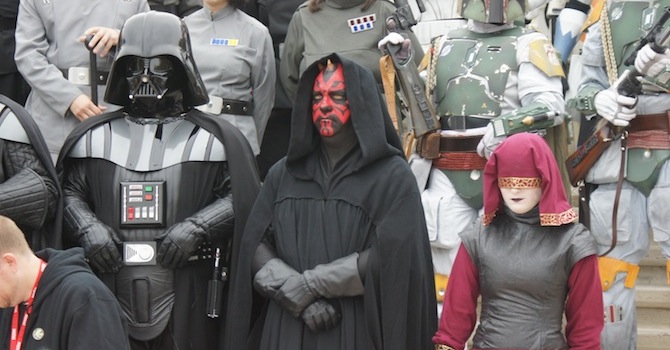 Star Wars and Dr. Who fans get into the world’s lamest altercation. 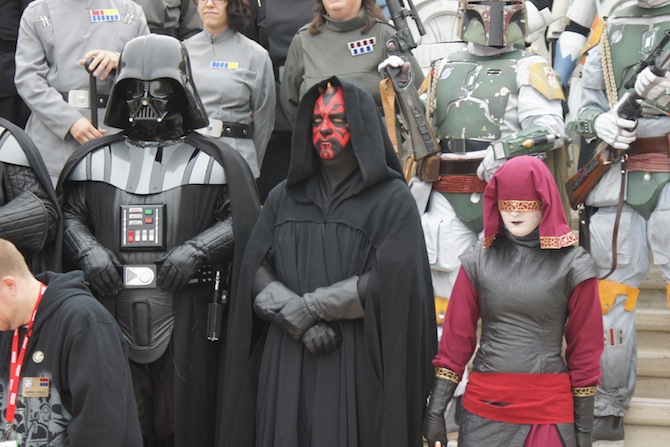 Whilst the pros and cons of technological progress can be argued ad nauseum, it’s probably fair to say that the modern world has made everyone geekier. It used to be that expertise on a subject took diligence and research; now everything can be learned online, and it has generally made people nerdier. Anyone who remembers a time when knowing what “Iron Man” was made you a weirdo can probably understand the massive swing into geekdom that society has taken.

Some people worry that this societal nerd-quake will doom us all; that technology is making us useless. Knowledge has given way to Google; exercise has given way to Call of Duty. Sex has… Well, it’s still happening, but it’s a lot god damned weirder. 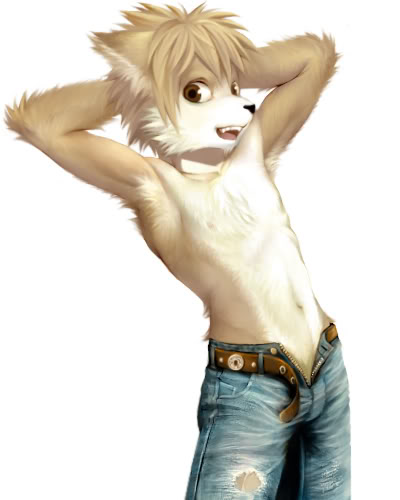 Honestly? The least overtly sexual image I could find under “Furry,” and it’s still creepy.

Whilst there is still some argument over that line of thinking, worrying evidence from the University of East Anglia seems to support the idea that yes, people these days are a bunch of pasty nerd weaklings. Rather than the Mods and Rockers street brawls of yesteryear, the most the modern generation can offer in terms of violent culture clashes is apparently an altercation at a Sci-Fi and Film Convention.

The trouble started when a Doctor Who fan group gate-crashed the event, being held by the Norwich Star Wars Club.

Things soon escalated to what reports called “verbal abuse,” which must have taken some interesting directions. What exactly do virgins in fancy dress say to affect each others’ dignity?!

“I fucked your mother!”

“No you didn’t! I’ve been home every night with my mother for the last six months!”

With tensions running high, it seemed only a matter of time before Star Wars fans unsheathed their lightsabers and put on their armour, and Dr. Who fans regretted picking a pacifist hero who normally carries an un-pointed screwdriver and a schoolgirl for protection. 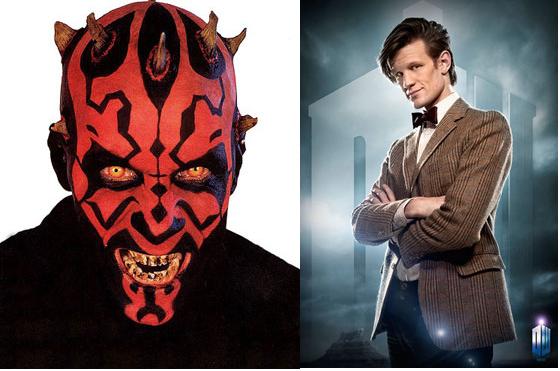 Eventually, the police were called, and broke off their day-to-day work chasing drug dealers and murderers (or else taking back-handers and ignoring rape reports) to investigate an alleged assault that had taken place.

After some questioning, they ascertained that no assault had been committed, and then probably phoned everyone’s mothers to come and pick them up.

Much as violence shouldn’t be condoned, one can’t help but worry about the modern generation when this is what they fight over. They aren’t aggrieved about the social conditions in this country; they barely notice as the NHS is crushed to powder, and don’t find it much to get excited about when the environment is so badly damaged we get snow in May, but dammit, they’ll be angry if the Ood try to show up in Mos Eisley!

So angry they might even have an attempt at starting a fight. Sort of. A bit. But not really.