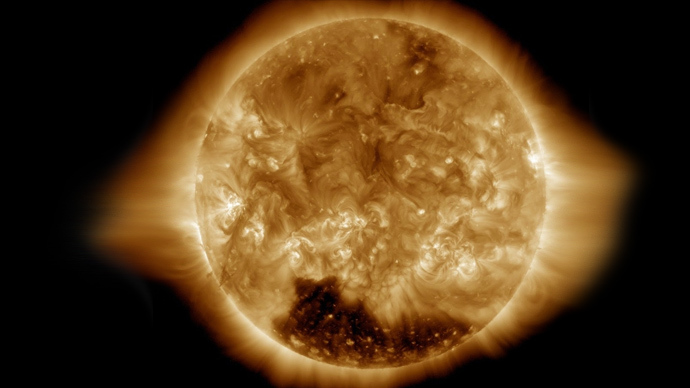 NASA found a massive hole in the sun? Whut? Are… we… doomed?

That’s right folks, this isn’t the start of a dodgy apocalypse movie where half of the dialogue is written by chimps and half of the actors are special needs, this is REAL LIFE. NASA scientists have released the photo above showing a huge dark spot on the southern pole of the sun.

It. Is. Finally. Happening.

Is the sun dying? It sounds pretty major doesn’t it? I mean, for starters we need the sun for warmth and we need it for growing green things to feed our future burgers; a “coronal hole” sounds pretty terminal to me. Are we totally and utterly screwed?

It is about time we got some terror courtesy of the Universe though, we’ve been banging on about the end of the world since the start of the world, a cataclysm seems well overdue. 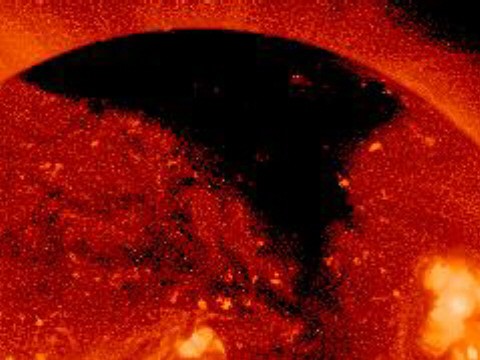 Sorry I have to disappoint though, it looks like we’ll be OK after all. NASA has been detecting coronal holes for decades – BOOOO!! We want explosions and zombies and ice storms and Mad Max… and of course carnage, we always go in for a bit of carnage.

Apparently these sorts of holes are caused when particles leave the surface of the sun at particularly high speeds – about 500 mph. Science isn’t too sure why this happens yet, but it doesn’t seem to correlate with mass extinctions or hail the size of houses. One thing that might happen thanks to the rise in super fast particles zipping from the sun is an increase in aurora light displays.

Related Items:APOCALYPSE, are we doomed, armageddon, coronal hole, end is night, is the world about to end, Nasa, Science, sun blast, the end times, zombie