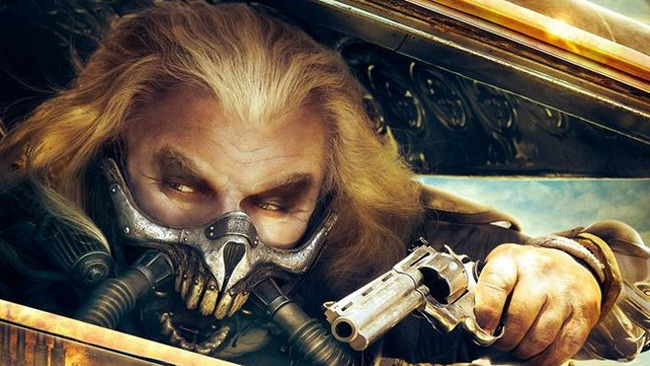 Well that completely blew us away.

We saw a teaser trailer to Mad Max a few months ago and then didn’t hear anything from it since, but the new trailer dropped last night and it looks even more insane than the first, with double the explosions and double the amount of car chases, fight scenes and crazy stunts I think I’ve ever seen in a trailer before.

I didn’t really get the plot of the movie from it but apparently it revolves around Mad Max becoming involved with a bunch of weirdoes fleeing across the wasteland pursued by some scary looking guy called Immortan Joe who has had something stolen from him by them. Got that? Good. Apparently George Miller – the creator of Mad Max and writer director of this movie – envisioned the whole movie just being one long chase sequence and that’s kind of what this trailer makes it look like, and to be honest that sounds kind of cool to me.

Let’s hope it lives up to expectations when it drops next summer and the two year wait since we first saw these pictures from the set is worth it.