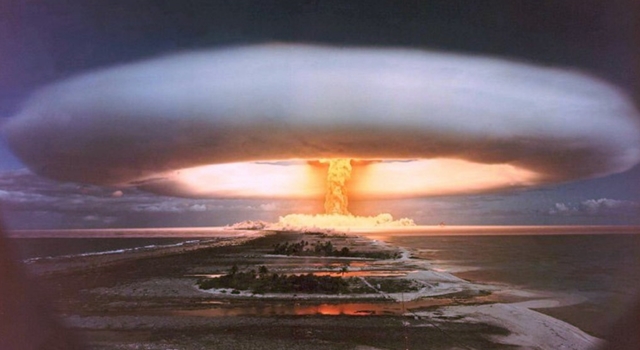 I must admit, I had no idea how many A-Bombs stupid humans had let off during our short but horrific career. Read it and weep…

I found this cool visualisation the other day by an artist called Isao Hashimoto. It depicts all of the nuclear tests that have been carried out across the planet from 1945 – 1998. I knew there’d been quite a few tests carried out by various countries but I was actually pretty shocked by the number of atomic bombs we’ve allowed to go off on our tiny little ball. There’s been over 2000 in total and this video maps them out across time and attributes them to each country.

It turns out that we’ve detonated nukes on barges, on the tops of towers, suspended from balloons, directly on the earth’s surface, 600 metres underwater, 200 metres underground, dropped from planes and fired from rockets up to 320 km into the atmosphere. I even heard that on Gorbachev’s birthday they put an A-bomb in a huge piÃ±ata, but that might have been a joke. 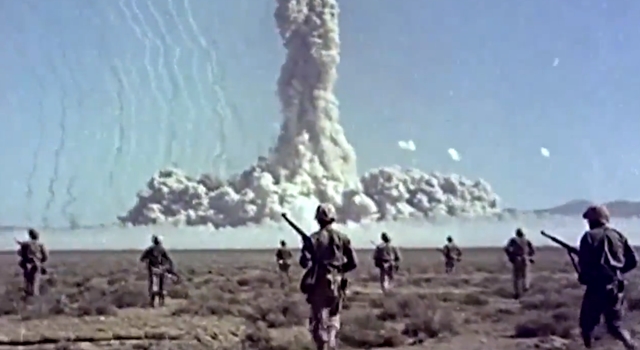 2000 nukes is a lot of testing, right? I would have assumed (without any military hardware knowledge of course) that if it exploded and destroyed loads of stuff everywhere, that would be enough of a test, i.e. it worked. Do we have to keep testing different ways of bringing forth the apocalypse or can we just relax in the knowledge that most countries have the ability to destroy us all at the push of a button?

â˜› Up Next: Man ‘Pissed Off’ At His Wife Leaves Fake Bomb On Kitchen Counter