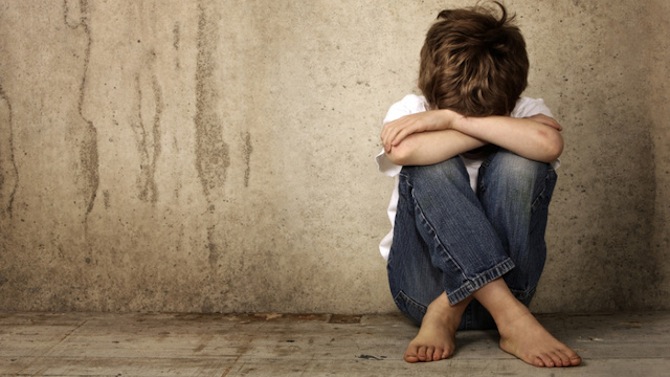 What was the most messed up thing you ever saw as a kid? Here are some of the best and worst memories shared by users on Reddit.

When sociologists of the future look back on the modern day, they will probably spend a lot of time reading over the weird and wonderful threads over at Reddit. Some of the stories they find will inspire them and make them laugh, like The Creepiest Things Young Children Say To Their Parents, which we posted last week and you guys loved. Others will will quite bluntly show them the darkest, most twisted depths of modern humanity, like this discussion prompted by creatively named Redditor “ButtFappingFury”.

The question asked was “What is the most fucked up thing you ever saw as a kid?”. It got over 8,000 replies, and these are some of the best/worst ones:

Be warned, some of these are a real punch to the gut.

khalidalakoozi: I was 5 when the civil war in Afghanistan started, and I saw some pretty gruesome stuff. One time, a man was beheaded in the market and hot oil was poured down his body. The oil would somehow stimulate the nerves and the body would start writhing, simulating a dance. This was called “dance of the dead” and it was used to scare political opponents. Another time, I saw a man being run over by a tank repeatedly until his body was absolutely shredded. The last gruesome occurrence I saw during the war happened on my street. I was looking at the window when a man on the street was shot by an anti-aircraft gun perched on top of a mountain. Needless to say his body was buried in pieces. Apparently, the fighters on top of the hills overlooking Kabul would make bets with each other over hitting random civilian targets with different weapons.

scrotum: When I was 3 or 4, I found a nest in my front yard where I habitually nurtured and made sure the 5 eggs were safe and sound. After about 2 weeks of doing so, the egg(s) finally hatched, only having one survive. As the mother never returned to the nest, I was sitting on my driveway with what was in my short existence on earth, the most beautiful little thing ever. I proudly called over my same aged neighbor across the street, Tommy, to show him this little birdy I had played a part in being born. The sadistic, son of a bitch took the bird from out of my hands, proceeded to put it on the ground, and American History X’d the poor little guy into a puddle of goo. I can honestly say I experienced depression at a very young age.

Boxingcrazysal: When I was 8 years old I saw 4 16 year old kids beat a homeless man to death with a wooden boards with tons of nails in them. They did it in an alley where my apartments overlooked the alley. They never saw me watching them, so I was later able to identify all of them. In case you are wondering, they are all in jail for 25+ years to life.

PraiseBillPaxton: I must have been like 11 years old or something. Me and my friend were at a carnival with our families. We saw a sign that read “Smallest woman in the world!” Now, me being young and kind of insensitive, I had never been to a carnival that had an actual “Freak Show” So I begged my parents for 3 dollars so me and my friend could go see. My friends and my parents give us the 3 bucks and we go running into the little shack, giggling the whole time. We walk into this tiny shack, there is a guy sitting on a stool, we give him the money, he opens up a curtain. My friend and I round a corner, as my eyes focus on what’s in front of me, I hear one of the sweetest, most non-threatening, friendly voices i’ve ever heard in my life say, “Hi, there.” Sitting on top of a little blue table, in this tiny circus shack with hay floors, was a little woman, no more than maybe 3 feet tall. My friend and I both instantly froze up. It was a real person, an actual, living person, and I just paid 3 dollars to look at her, as some kind of joke. I was instantly overcome with a huge wave of guilt. I felt like the biggest piece of shit on the planet. My eyes welled up and I felt like bursting into tears and apologizing to this woman. She suddenly spoke again in her cute, comforting voice, “How are you boys tonight?” My friend just nodded in silence. I was just barely able to muster up the strength to squeeze out the word, “Ok.” She said, “That’s good! Well thanks for stopping by! You boys have a good night, god bless!” She had such a smile on her face. Even my parents talk about it today, they say my face upon walking out of the small shack was that of pure shock. To this day I will never forget what that woman looked like and how kind she was. And how sick to my stomach I made myself feel that day when I paid 3 bucks, thinking it’d be funny to see some “freak.” And she happened to be such a kind person. I felt terrible for a straight week.

TG_Alibi: I watched an old man bite his own tongue off during an epileptic seizure when I was 8. We were waiting in line at Mrs. Fields at the mall and he stumbled up to the counter and said “please help me” before falling to the ground in convulsions. I’ve never seen so much blood.

tittypunch: I walked into my parent’s bedroom in the middle of the night once because I had a bad dream. They’d fallen asleep with disgusting smut on the television and I just kinda watched, horrified and dumbfounded, as a girl fucked a log of poop. Didn’t mention it out of sheer embarassment, but instead just went back to bed and never spoke of it.

undomielbitch: When I was 5 my dad worked long hours, was gone in the morning before I woke up and was home when I was asleep. My room was opposite my parents room and I remember waking up and seeing him in bed through the half opened door. I ran in and jumped into bed to cuddle him (as you do when you’re 5 and love your daddy) I tried to wake him up but thought he must have been too tired from working so hard. I lay there with my head on his chest falling back asleep for about 20 minutes till my grand dad walked in and saw me, he ran over and grabbed me and took me to the living room. My entire family was there and I didn’t know why. Mum told me that dad had died in the night and everyone in the room just all cried together.

Bectron: When I was 8 years old I visited my best friend’s house to see her new kitten. We spent the morning playing with the tiny grey kitten she called Willow. When Willow fell asleep we went outside to play on the swings. About ten minutes later we heard my friend’s mum screaming. We run inside to see her mum in hysterics. She tells us to go in the other room but we refuse to go. From here it is a bit of a blur, but from what I remember she reaches down behind the couch and lifts out the limp lifeless kitten and puts her on the coffee table. Willow had blood coming from her mouth and was obviously gone. Her mum then bends down behind the couch and picks up my friends 3 year old brother who has a screw driver in his hand. My friends mum keeps asking him why, he eventually says ‘dentist’.

If you can stomach it, read the rest of the comments HERE.

â˜› Need Cheering Up? These Posts Will Do The Trick: