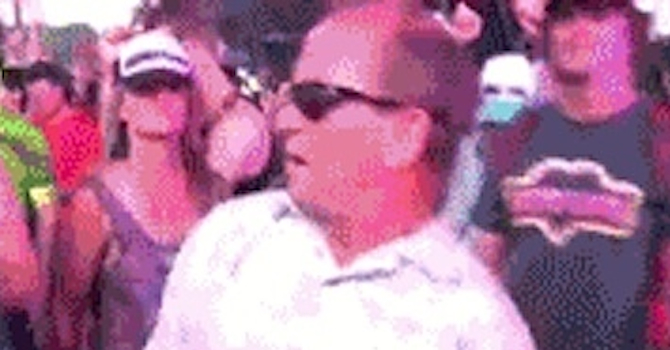 If you like watching rich white old Californian dudes who don’t know how to act at a festival or dance to rave music, then Coachella is the festival for you.

In case you missed it – which you very well might have done – it was the first weekend of Coachella last weekend. Normally this is a huge deal because you know it’s the premier American festival that all the rich white Californians and celebrities go so it normally gets a lot of coverage – even here on Sick Chirpse – but aside from The Postal Service reunion and the fact there was a cool trailer to a new Daft Punk song premiered on the big screen there, the internet seems to have been strangely quiet about it. Maybe the fact that everyone finally realised that it’s a lame festival for rich white Californians and celebrities had something to do with it, or maybe it’s just actually that lame now that nothing that cool even happens there anymore. Unsure.

This hit the internet late last night though and is actually really funny and really cool. You know how I said that Coachella was a festival for lame rich white Californians? Well these Vines (you have gotta love Vine huh, what an app) pretty much perfectly epitomise that as you get to see the typical Coachella guest having a blast trying to interpret some music he probably doesn’t understand. Yeah, it’s that most perfect of rich white Californian dudes, who has been lovingly christened the Coachella Rave Dad.

There are three Vines of this guy dancing to someone lame – probably Swedish House Mafia or something (although after checking the Coachella lineup it was probably either Infected Mushroom or Simian Mobile Disco or someone I haven’t heard of) – and each one gets better. The first one is really cool because he does this cool squat move that I haven’t seen before ever. The second one is cool because he completely misses the beat as he expects it to go fast but it doesn’t so he looks really stupid and has to readjust his moves because of it.

The third one is probably my favourite though because the Coachella Rave Dad has changed into some jeans and a t-shirt he probably bought from somewhere like Hot Topic to try and get down with the kids. He’s also standing on his own near a speaker and busting some sweet moves which is pretty awesome and also probably means he’s dropped some X.

In fairness to the Coachella Rave Dad, everyone in the background of these shots look about as lame as him and dance as bad as him but I guess he just got singled out because he was always on his own. Check out the Vines below: