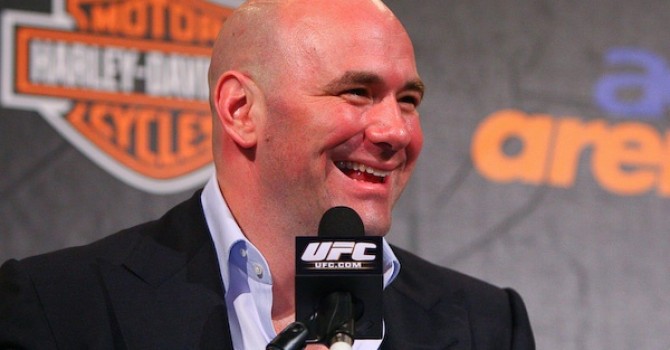 Comedian Edbassmaster disguises himself as mentally-challenged interviewer Skippy, and attempts to speak with several fighters from the UFC.

YouTube comedian Edbassmaster thought it would be pretty funny to disguise himself as alter ego Skippy — a mentally-challenged, badly-dressed yet completely affable weirdo — and head backstage at the UFC to attempt to interview some of the staff and fighters.

â˜› 2-on-2 MMA: All Out Carnage In New Russian Bloodsport

What follows is plenty of awkward silences, rubbish questions, weird staring and utter bewilderment as Skippy appears to film for a behind-the-scenes TV show, using an invisible mic which only adds to his victims’ confusion.

It turns out even UFC fighters are an empathetic bunch, as they do their best to accommodate and appear friendly with their hapless interviewer, before he lets them in on the joke.

Check out the videos — the first featuring various UFC fighters and the second dedicated entirely to winding up UFC boss Dana White.