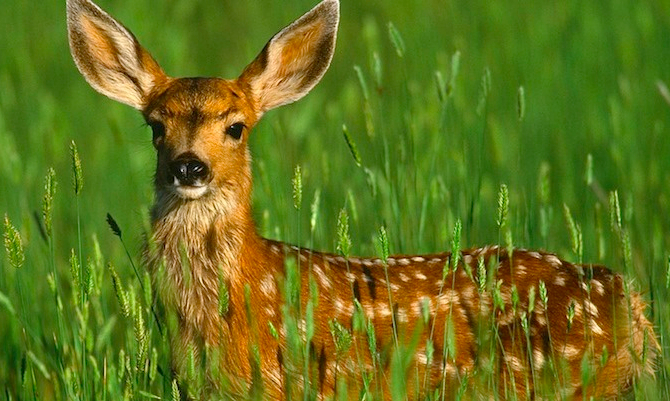 This guy thought it would be funny to jump into a deer enclosure. He was right.

If you’re going to keep animals locked up in some tiny enclosure at the zoo, at least have some respect for their private space. It is after all a fraction of what they’re used to out in the animal world.

But I’d imagine as long as they’re well fed and looked after the animals are okay with you looking. Just stick to the designated area outside of the pen and there shouldn’t be any problems. That’s what this deer at the zoo would have warned the guy in the video if he could speak. But since he can’t, he lets his fists do the talking.

This Man Is Terrified Of Puppies

Wearing a cowboy get up and egged on by his mates, this joker hops into the deer enclosure and gets his dukes up like he wants to challenge the deer to a fight. The deer immediately starts battering the guy over the head with its hoofs, while the guy’s mates crack up and scream “get out of there Rob!”

It’s fully jokes and all good because no animals were hurt. Can’t say the same for Rob though…