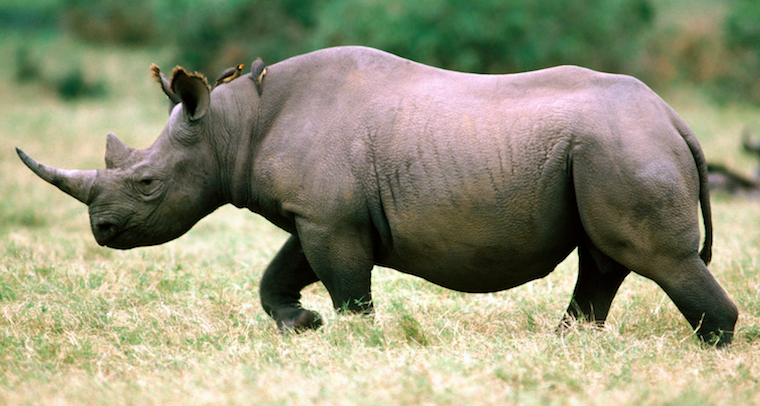 Before you start jumping down my throat saying that this video is totally cruel to animals, it isn’t. It’s just some dude breaking into a rhino enclosure at the zoo and jumping on its back. Pure harmless fun.

I’m not one for keeping animals in zoos because it completely sucks. Imagine being caged up all day and night just for hundreds of people to come and point at you and take photos of you so they can upload them to their Instagram and Facebook profiles for instant virtual gratification. That’s gotta suck. Anyway it happens and it’s probably going to keep on happening because zoos make money and money makes the world go round.

In in attempt to make light of a horrible situation, this video is completely LOL. I’m sure there are people out there who would claim that this video is cruel to the animal involved (a massive rhino), but in all fairness the rhino obviously doesn’t get hurt because he/she’s absolutely hench and some dude sitting on his/her back wouldn’t even cause it the slightest amount of grief. What the guy does though is pretty impressive and if any of my pals pulled this one off they’d be getting beers bought for them for the rest of the evening that’s for sure.

â˜› Read Next: Freak Woman Breastfeeds Her Dog But Not Her Children

The dude in this video basically rocks up to the rhino enclosure, tells his buddy with the camera that he’s going to ‘ride the rhino’, climbs into the enclosure and as he said he would, rides the rhino. Well he doesn’t exactly ride the rhino in the same way that you’d ride a horse around a field, he kind of just sits on the rhino for a bit, which is still a mega impressive stunt to pull. I most definitely wouldn’t have the balls to go into a rhino’s enclosure and jump on its back. I’m pretty sure this dude is 1 move away from being flicked off the rhino’s back and landing face first on its horn, which would probably kill him in an instant. Kudos. The only annoying thing about this is the camera man sounds like he’s about to have a multiple orgasm over his buddy riding a rhino, it’s kinda weird. Check it: