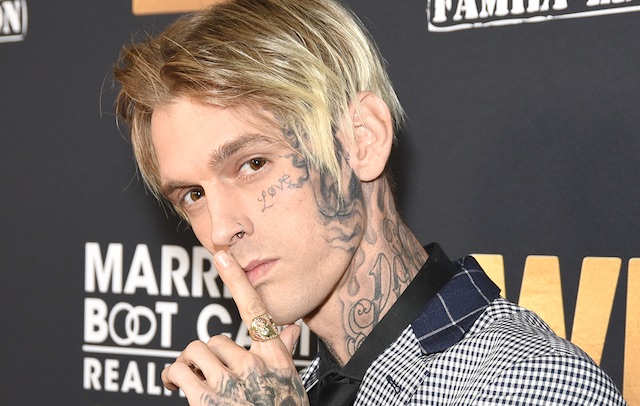 Lil Aaron Carter was all over the news – well, Sick Chirpse – a couple of years ago after he had a public breakdown, accused his sister of raping him and got a Rihanna tattoo on his face and it seems like he hasn’t had that many good ideas whilst people haven’t been talking about him either, as somehow he’s signed up for a celebrity boxing match against former basketball star Lamar Odom.

The bout is set to take place in Atlantic City on June 12th and even though I don’t know much about Lamar Odom, it seems like Carter is going to have his work cut out for him. Firstly, Odom is a solid ten inches taller than Carter so it’s a mismatch in every sense of the word and secondly Carter just posted the following video of himself ‘boxing’ on his Instagram which isn’t going to inspire anyone to bet any money on him whatsoever.

Yeah, that’s hardly a Rocky montage is it and the form on those press ups is absolutely terrible. Kinda embarrassing that he even posted that up and thought there was going to be a positive reaction to be honest. ‘Training like crazy’….. please.

I suppose the optimistist out there will say that he still has three months to work on it before the big fight, but even though I’m no expert on boxing, I really don’t think that’s going to be enough time to figure it all out. Good luck to the guy though and I can’t wait to see the highlight reel when it comes out following the bout. Gonna be worth tuning in no matter what.