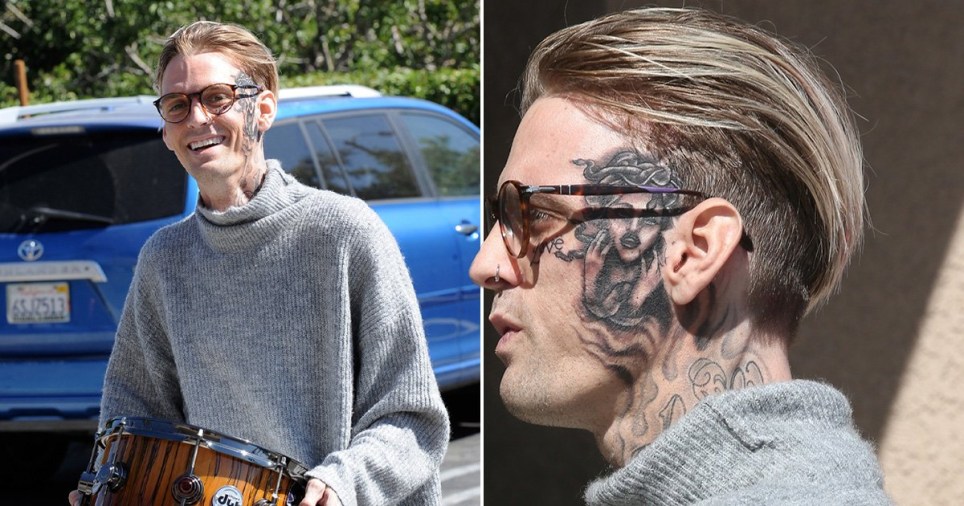 Aaron Carter has firmly re-emrged into public consciousness over the last few weeks after a public feud with his brother Nick and claiming that he was raped by his sister when he was a young child and it seems like his breakdown may be continuing as he’s just revealed some an absolutely massive Rihanna tattoo on the side of his face.

Carter posted the news to his Instagram account, explaining that he was inspired by a photo shoot that Rihanna performed in GQ back in October 2013. Here’s a look at it all:

Not really sure what’s going on with Aaron but he seems pretty elated with his new facial tattoos he’s posted several other pictures after this one where he’s smiling and joking and looking like he’s having a good time. He did mention he was getting therapy or something to try and sort his mental health out so maybe this tattoo is actually symbolic of that and not what it looks like. We can but hope.

For more of the same, check out this guy with DEVAST8 tattooed on his face who can’t figure out why he can’t get a job. What could it be?