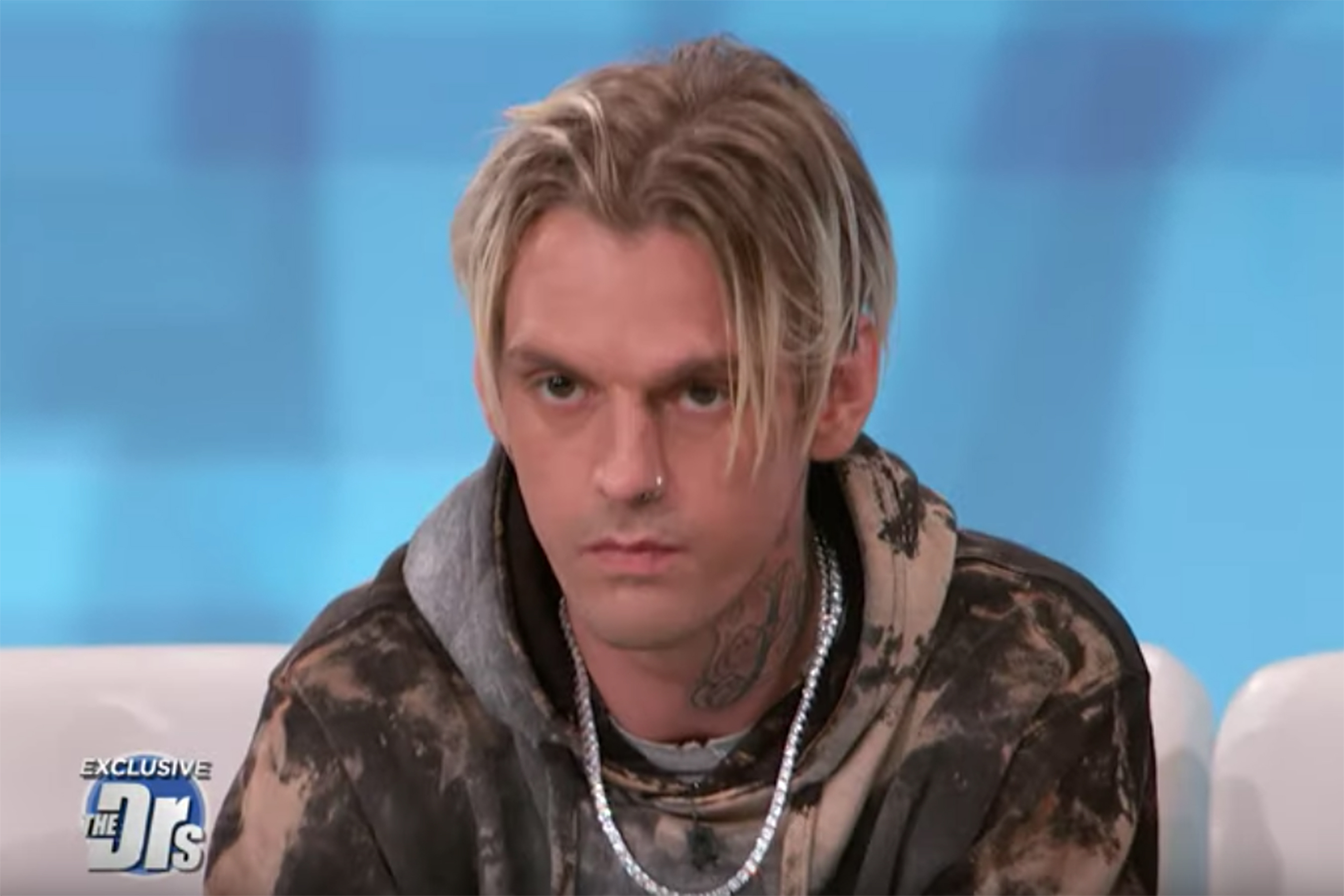 Aaron Carter exploded back onto the scene a couple of days ago after his brother Nick from the Backstreet Boys took out a restraining order against him and he responded by alleging that Nick was a rapist, but it seems like he isn’t stopping there and is unleashing a hell of a lot of truth bombs via his Twitter account.

The latest rant from Aaron again goes all over the place, but the main point to take out of it is that he’s accusing his late sister Leslie of raping him from the age of 10-13. She died of a prescription drug overdose when she was 25 in 2012.

Aaron also alleges that he was raped by two backing dancers when he was growing up. Here are the tweets in question:

My sister Leslie suffered from bipolar and took lithium to treat it. She never liked the way it made her feel and when she was off of it she did things that she never meant to do I truly believe that. I was 10 years old….

I have spent the last 15 years of my life going to therapy for abuse & rape, I’ve been through many different treatments, I have finally found the right treatment. I have had my ups and downs, I continue to work on my mental health and i will soon not have to take anything.

my sister raped me from the age of 10 to 13 years old when she wasn’t on her medications and I was absused not only sexually by her but by my first two back up dancers when I was 8 years old. And my brother absused me my whole life.

Now it’s nicks turn to tell the tell the truth of what he did to one of the girls in my family. Since my truth is all out there and I hope all survivors of assault or rape find peace and justice.

INDIVIDUALS NEED TO PAY ATTENTION TO HONESTY IN RECOVERY BECAUSE THEY HAVE TO BE TRUTHFUL TO OTHERS AND ABOVE ALL THEY HAVE TO BE HONEST WITH THEMSELVES PEOPLE WHO DO NOT DEVELOP HONESTLY AS A PERSONAL QUALITY ARE MORE PRONE TO RELAPSE.

I hope that anyone who has been absused or raped even if it’s 10-15-20 years ago I hope you also feel the strength to tell your story like I did. Find that strength. You will feel free!

Well I dunno really what to make of all that. You have to believe him really but the way he’s choosing to present this information is a bit crazy and is gonna make people questions its validity, especially when his brother is the picture of calm.

The thing is though, holding something like this in for so long and then sharing it with the world is enough to make someone go a bit nuts so it probably is true. Not sure how this is going to play out, but wishing all the love to Aaron Carter and hoping that he sorts himself out with whatever issues he is facing at this time in his life.

For more of the same, check out Aaron accusing his brother Nick of rape. Messed up family.