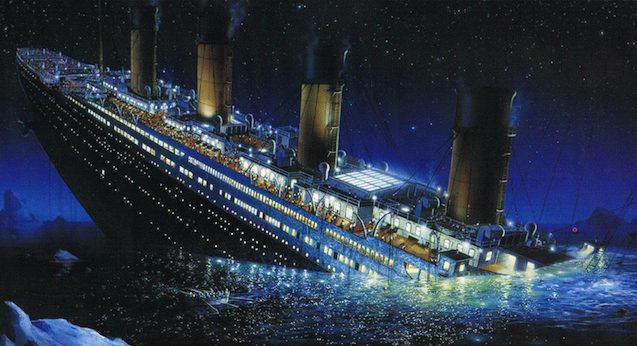 The letters detail just what it was like on the Titanic and to be saved from its sinking.

Somebody posted on Reddit the other day saying that they had the original copies of the letters that the longest living Titanic survivor Rose Amelie had sent describing what actually happened when the ship famously sunk. They were requesting a translation for them so that they could be framed and hung on their wall. One helpful Redditor was only too happy to comply and came out with the following fascinating translations. Spoiler Alert: it isn’t really that much like the movie. My most tragic memory of my seventeen year trip around the world is the Titanic sinking.

I was in Paris when I’ve met, through a friend interpreter, Mrs George Stone, widow of an American, president of the Bell Cie [it’s a Canadian company, for what I know, anyway], the general telephone Cie, who was looking for a person enjoying travelling to accompany her.

My lifelong dream was about to be fullfilled : I decided to go with her to America. I can’t list… all the countries where we have been.

In winter 1912, we were in Egypt; our travel went on to the Holy Land and ended in Jerusalem.

That unforgettable travel to Jesus’ country came very close to be the last of them all.