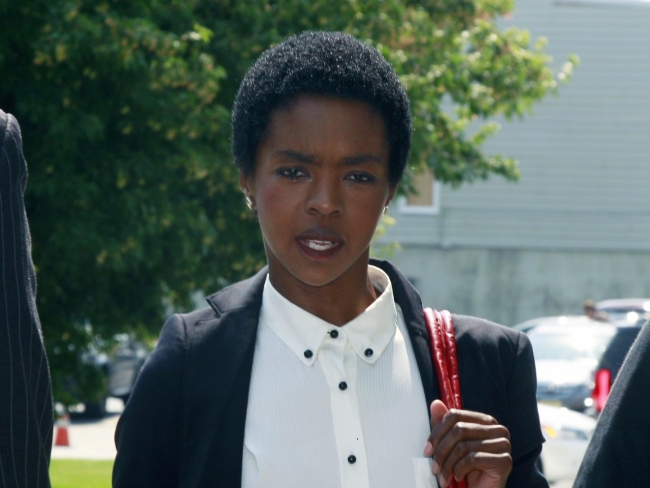 The former Fugees singer must do not-especially-hard time after fiddling her taxes.

Once upon a time, in a magical faraway kingdom called the Nineties, there lived a young woman named Lauryn Hill.

She was in a rap group called The Fugees and was really good at singing and rapping. She was very pretty and really cool and everyone wanted to be like her.

She put out an awesome solo album called The Miseducation Of Lauryn Hill, where she wrote all the songs and did all the production. It was great and people bought 19 million copies. She was huge.

But that’s all changed, and now Lauryn Hill is doing porridge.

This Guy’s Not In Prison: Wyclef Jean’s Extravagant Birthday

The downfall of Miss Hill is a sad tale indeed. Remember the good old days when she was all over MTV with Doo Wop and made everyone else look dull and a bit stupid? She was this awesome, empowering badass who appeared to be kissing no one’s arse while everyone was lining up to kiss hers.

One way or another, the wheels came off and somewhere around 2000 she started a downward spiral of self-imposed exile, disillusionment with the music industry, wonky spiritualism and raising her kids. Those rugrats must have been a demanding bunch, because last year Lauryn was found guilty of failing to pay $1.8 million worth of taxes from her earnings between 2005 and 2007. Whoops.

On Monday, The Federal Correctional Institution of Danbury, Conneticut opened its doors to its latest inmate, who will be serving a three-month sentence for tax evasion. Apparently it could have been a lot longer but her lawyers were able to argue in favour of a reduced sentence due to her charity work, family commitments and the fact that she later paid back the taxes she owed. Either way, The Man decided that Lauryn Hill was off to the big house.

But thankfully this isn’t one of those nasty women’s prisons like in Prisoner Cell Block H. The joint in Danbury features dormitory-style living quarters and inmates are expected to work in jobs such as maintenance, landscaping and food service. That actually sounds quite nice.

Cushyness aside, it can’t be very nice telling your kids that Mummy has to go behind bars for a few months. We hope all this unpleasantness is over soon so Lauryn can get back in the studio and make a killer album before publishing her memoirs and telling everyone how crap Wyclef was in bed. WE STILL BELIEVE IN YOU, LAURYN. But for God’s sake make sure you fill in that tax return form properly next time.

Read Next: Skrillex Knocks Himself Out Onstage