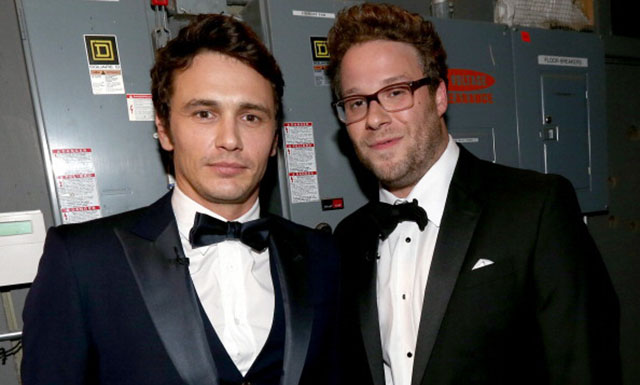 Could Seth Rogen and James Franco end up being the catalyst for World War 3?

In the least surprising news ever, Kim Jong-un isn’t best pleased with the plot of Seth Rogen and James Franco’s upcoming film ‘The Interview’, in which the two of them play talk show hosts who go to North Korea to interview Kim, and end up being enlisted as undercover agents by the US government to assassinate him.

Kim Myong-choi, executive director of The Centre for North Korea-US Peace and Kim’s unofficial spokesperson said the dictator would probably watch the film, but added:

There is a special irony in this storyline as it shows the desperation of the US government and American society. A film about assassination of a foreign leader mirrors what the US has done in Afghanistan, Syria and Ukraine. And let’s not forget who killed Present John F Kennedy — Americans.

Infact, President Obama should be careful in case the US military wants to kill him as well.

He went on to dismiss Hollywood films as being “full of assassinations and executions” and said North Koreans preferred British films.

James Bond is a good character and those films are much more enjoyable.

Except for Die Another Day, that is, in which Bond goes to war with the North Koreans. North Korea described that film as “dirty and cursed”.

The Interview is out in October… plenty of time for Kim Jong-un to prep himself for what’ll be an hour and a half of him getting completely taken the piss out of. Could Seth Rogen and James Franco end up being the catalyst for World War 3?