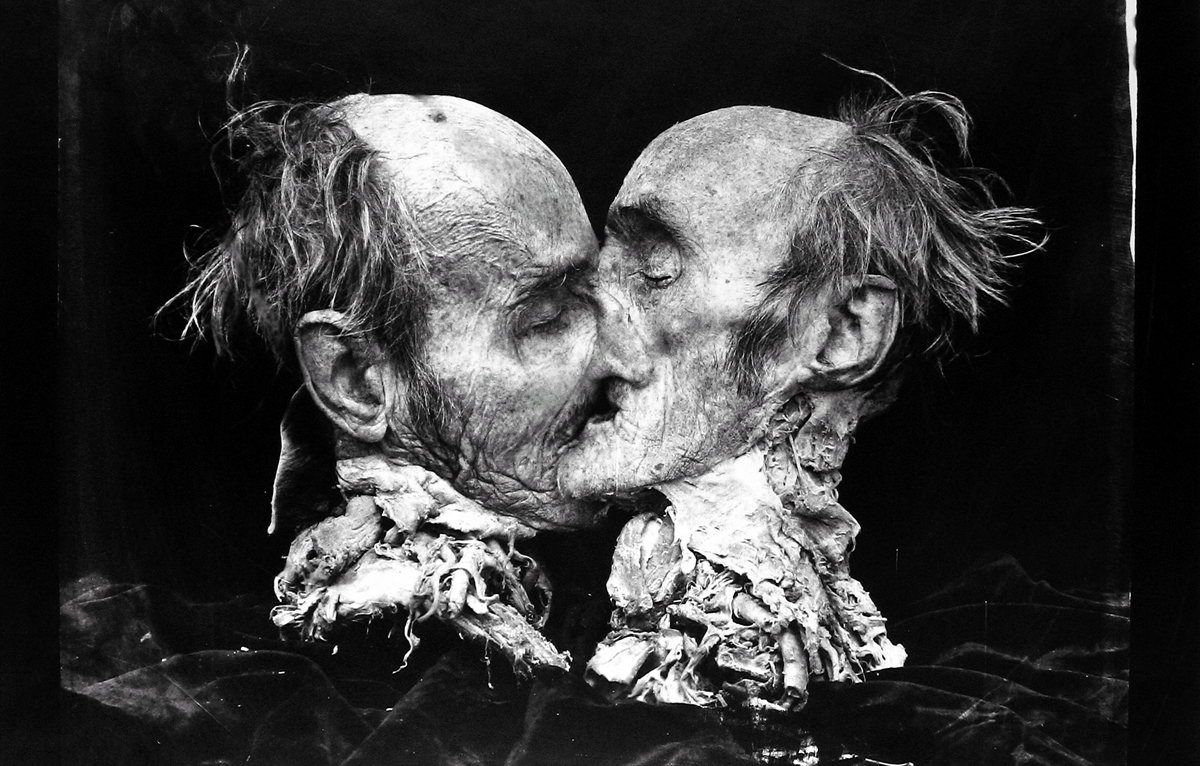 Probably the darkest stuff you’ll see on the internet today.

In 1939, Joel-Peter Witkin was born into a troubled household; his parents were embroiled in a continuous religious war. His father, a Jew, and his mother, a Catholic, could never see eye to eye on matters.

Born with this backdrop of religious tension, it might not be such a surprise that Joel-Peter ended up photographing such odd and disturbing subject matter. Much of his work involves mutilated corpses, and we’re not talking about halloween make up here, we’re talking actual factual bodies of dead humans.

Although there was trouble and strife during his formative years, it was not just parental rucks that inspired Joel-Peter’s fascination with the macabre. As a child he witnessed something which was as surreal as it was horrific. I’ll let him explain:

“It happened on a Sunday when my mother was escorting my twin brother and me down the steps of the tenement where we lived. We were going to church. While walking down the hallway to the entrance of the building, we heard an incredible crash mixed with screaming and cries for help.

The accident involved three cars, all with families in them. Somehow, in the confusion, I was no longer holding my mother’s hand. At the place where I stood at the curb, I could see something rolling from one of the overturned cars. It stopped at the curb where I stood.

It was the head of a little girl. I bent down to touch the face, to speak to it — but before I could touch it someone carried me away.”

So that explains things a bit doesn’t it? 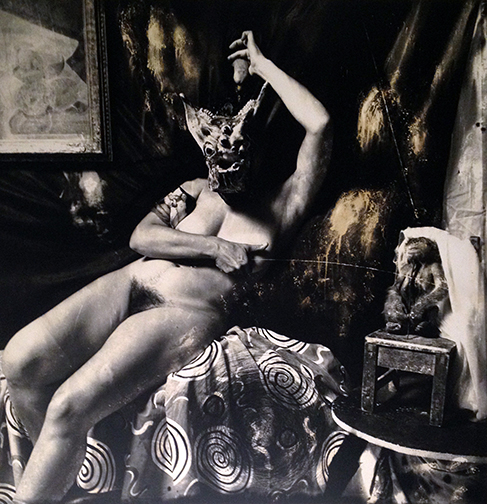 As you can imagine, getting your hands on bodies, and obtaining permission to desecrate them can be a tricky, nay impossible, task. For some of his more gruesome work, Joel-Peter had to travel to Mexico where the rules are just that little bit more… well… non-existent .

When he wasn’t using dead bodies, Joel-Peter would employ circus freaks, transgender people, dwarves and other people that didn’t fit the modern world’s views of normality.

Here are some of the odder examples from an odd, odd collection. Remember folks, these are NSFW. Dive on in:

(Scroll through the slides using the left and right arrows below) 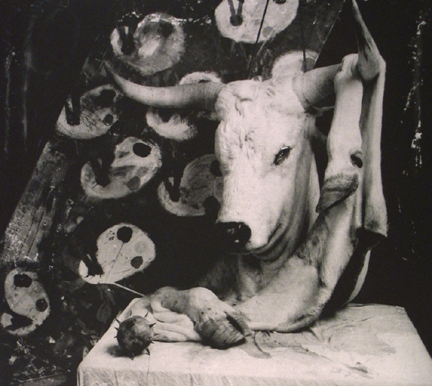