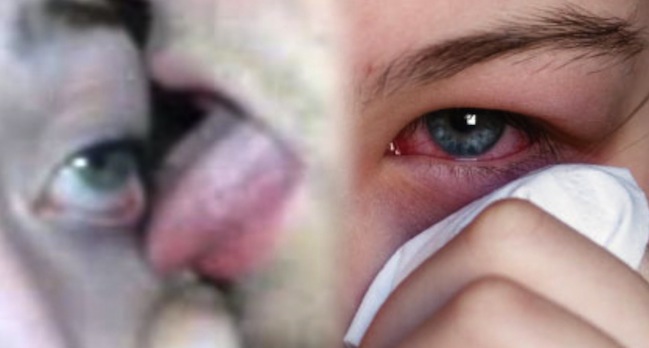 Eyeballs are good for a couple of things. You can see out of them for a start. You can also look into them, a versatile task good for stuff like falling in love.

One thing you probably shouldn’t do with eyeballs, however, is lick them. There are all kinds of germs and dirt and sleep bogeys on them, but none of that has deterred the young people of Japan,who are currently in the grip of an eyeball-licking craze. Across the nation, all manner of demented, slimy tongues are mercilessly exploring a host of ocular surfaces. Fucking grim.

Quite why anyone would resort to this bizarre tactic when there plenty of other ways to express your “affection” is anyone’s guess, but it is believed the whole messy saga can be traced back to a music video by stylishly-haired Japanese metallers Born, whose gothy antics in the video for their song Spiral Lie include full frontal oculolinctus during the climax. Steady on.

There is a whole subculture behind this questionable pastime, nicknamed ‘worming’ (which is hardly going to make it more attractive, let’s be honest), with depictions of it in manga, anime and that great subcultural babylon known as Tumblr. Japanese parents, teachers and civic leaders clutch their heads in despair at the unrelenting oculolinctal stampede, like Godzilla if he were a giant tongue laying waste to the metaphorical eyeball of Tokyo, but worming is now spreading beyond the confines of Japan as well.

As Elektrika Energias (a student in the US Virgin Islands) recently testified to the Huffington Post: “My boyfriend started licking my eyeballs years ago and I just loved it. I’m not with him anymore but I still like to ask guys to lick my eyeballs. I just love it because it turns me on, like sucking on my toes. It makes me feel all tingly.” Nice.

It was unlikely that any scenario involving tongues coming into contact with eyeballs was ever going to end well, and so it proved with the bacteria dragged over all those willing retinas leading to a rise in eye infections. Worse still, worming can lead to a form of trachoma that can cause, wait for it, chlamydia. We shit you not, you can ACTUALLY contract chlamydia from licking someone’s eyeballs.

While we here at Sick Chirpse are huge fans of both sexual liberation AND the Japanese, we implore readers not to succumb to the folly of this latest youth trend and its attendant pitfalls.

We just can’t see why it’s so popular.