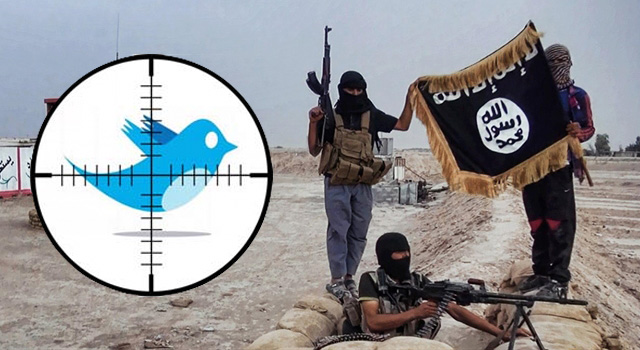 IS this week have threatened Twitter employees with “lone wolf” style assassinations.

The Islamic State (formerly ISIS) are adept users of social media. Their Facebook and Twitter hashtag campaigns have been used with the kind of effectiveness that even global brands would be jealous of. Of course Twitter isn’t keen on being used as a way to promote and glorify beheading so it has done its best to shut IS’ mouthpieces down. IS, on the other hand, regularly releases hints and tips to its followers on how to get round Twitter policies, keeping their “brand” trending.

Twitter was used to great effect after the beheadings of journalists James Foley and Steven Sotloff. Words, images and video spread like wildfire across the platform. Twitter has shut down IS accounts as quickly as it finds them but before long they reappear using slightly different names and the cyber-riot bursts back into flames.

This cat and mouse chase has angered IS and this week they have called for “lone wolf” type tactics to be used against the employees of Twitter. The Tweet below reads…

#The_Concept_of_Lone_Wolf_Attacks The time has arrived to respond to Twitter’s management by directly attacking their employees and physically assassinating them!! Those who will carry this out are the sleeper cells of death.

… and this next one reads…

#The_Concept_of_Lone_Wolf_Attacks Twitter management should know that if they do not stop their campaign in the virtual world, we will bring the war to them in the real world on the ground

Social media, for all its foibles, can’t have expected this a few years ago. Myspace, Facebook and then Twitter grew out of the internet phenomenon as “fun” ways of keeping in touch, they became the best way to share pictures of yourself pouting and your crap band’s new songs. It wasn’t long ago that YouTube spent a good amount of time and effort trying to make commenters be nicer to each other. That all seems like puppy play now. This really is a new and dark dawn for how social networks are utilised.

#The_Concept_of_Lone_Wolf_Attacks Every Twitter employee in San Francisco in the United States should bear in mind and watch over himself because on his doorstep there might be a lone wolf assassin waiting.

@DAWLAMOON purports to be part of Al Nusra Al Maqdisia, a group based in Jerusalem who are pro-IS. It’s difficult to know if the Tweets are legit, but for the purposes of this debacle it doesn’t really matter whether they’re official or not. Al Nusra Al Maqdisia’s name comes up frequently in IS forums, and if their call to arms is believed by enough IS followers it can only be a bad thing.

@DALAMOON was closed once again on Monday afternoon after the threats to Twitter employees were released. This time it only had around 3000 followers before it was shut down; worryingly 11% of the interactions with the account were American based.

As an employee of Twitter you probably never imagined you would be at the front line of a cyber war about to turn physical.