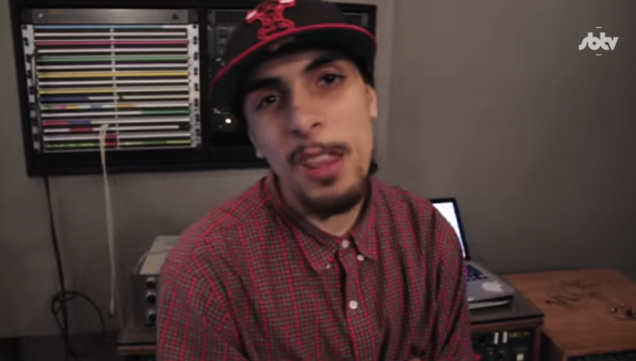 Apparently he could have been as big as Dizzee Rascal. Instead he went to go fight a jihad.

The world was shocked last week following the brutal execution of American journalist James Foley by a member of ISIS, but it seems like British intelligence officers have been hard at work trying to identify and track down his killer.

As you may have seen or heard from the video, the executioner speaking had a South London accent and this has been the main lead that officers have been pursuing and it’s led them to a British rapper named Abdel-Majed Abdel Bary who used to perform under the name L. Jinny. He was identified as the jihadist in the video thanks to a sound expert who compared the voices from one of Jinny’s videos to that of the executioner and declared that there was a humongous likeness between the two voices.

It’s been well known that Bary went to Syria to fight in the Holy War earlier this year too as he tweeted an alleged picture of him holding a severed head over there, although it wasn’t ever verified and the account has since been deleted. Friends say that he walked out of his family’s £2 million mansion and headed to Syria last year after becoming radicalised from hanging out with extremists linked to the hate preacher Anjem Choudary. His father is also a known radical and was a close friend of Osama bin Laden’s. He was extradited to the United States a couple of years ago to face charges of bombing two U.S. embassies in 1998.

L. Jinny is said to have been a big up and coming rapper in the game by the same friends before he went off to go and join the jihad, having appeared on BBC Radio 2 in 2012 and recording with some of the biggest names in underground music. One said that he could have been as big as Dizzee Rascal.

Judge for yourself by checking out his music video below (which – ironically considering his vocation now – is all about drinking, smoking weed and getting rich), although it doesn’t look like we’ll be hearing too much from him ever again.