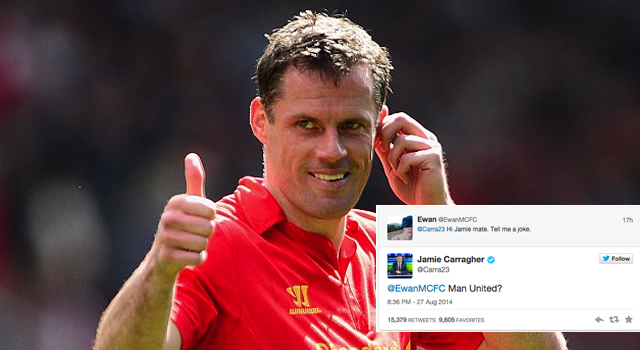 When it rains, it pours.

As if things weren’t bad enough at the moment for Manchester United fans (your team is complete dog shit, everyone in the whole world is dissing you etc) they got even worse when even Jamie Carragher decided to get in on the joke.

Now, I think Carragher was an OK player – nothing really that special but gave it his all and clearly loved Liverpool – but he really doesn’t have any right to criticise Manchester United and take the piss out of them like this considering how average he was as a player.

Nope, I might have been able to say that in 2008 or something but not anymore. Carragher would pretty much walk into that Manchester United team now which is why it’s such a joke that he posted this. Not as big a joke as the shorts he got spotted in last summer though.