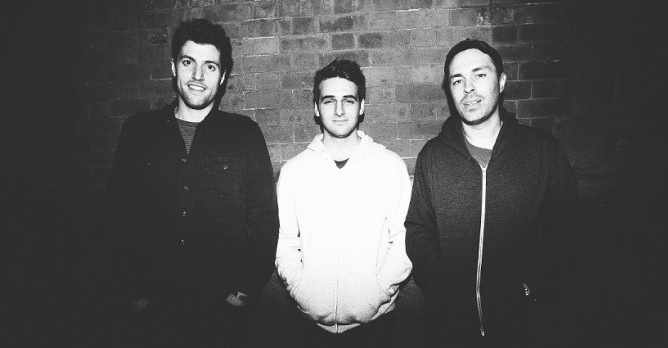 As Gottwood festival draws nearer, we introduced Waze & Odyssey to Manchester’s Almost Famous burgers and had a chat about their fake back story, playing the Boiler Room, WAV vs. vinyl, their new EP and, of course, Gottwood.

Gottwood is less than 2 months away, and I dunno about you guys but we’re getting pretty fuckin’ stoked. If you don’t know what Gottwood is then read this post and get2no init.

London-based house veterans Firas Waez & Serge Santiago secretly joined forces at the end of 2011 and fabricated a biography for their new aliases, Waze and Odyssey, which involved being orphaned in New York, taken in by a record shop owner, and spending all their days listening to jazz and soul records, before moving to a basement in Detroit to write a load of tracks together.

They managed to keep their real identities hidden for about 6 months before getting found out. (It was probably Serge’s fault for not being able to resist commenting “Sick”, “Big” and “Nice drop!” on their first tracks on Soundcloud.)

Turns out they met at Snowbombing festival 5 years ago and then decided to get together in 2011 to make “this really eclectic sort of odd, all over the place, beats everywhere, random stuff” they told ‘Sup Magazine, “And then we just got in the studio and made this absolute monster — ‘Feels Good’ — which was insane. We thought, “Let’s bark up this tree for a little bit.” From there we started getting into a bit more of a garagey sound — US house orientated.”

18 months after sparks first flew in the studio, people are really starting to sit up and take note. I met them on Friday while they were still fresh from absolutely smashing their Boiler Room set in Berlin a few weeks ago, and en route to playing at one of Sankeys’ final parties. They’re not the most willing interviewees, but they’ve always got time for good quality meats, so, on top of a feature on the world’s sickest website, I had to offer them the tastiest burgers this side of Big Kahuna – at the twinkle in Manchester’s eye, Almost Famous.

Serge: Yeah, course it is!

Serge: Yeah I think it’ll go on forever. Not even rumbling in the background; it’s always been there, evolving into modern states. We were having a discussion with the Disclosure boys about their influences on house music and what they’ve taken from it. Their views are so different from ours because they’re really young – you can hear it in their sound; it’s a lot more modern. But then look at DJ Steef – the guy’s been fuckin’ doing it forever!

SC: You’ve been releasing quite a few echoey room-fillers recently. Do you think you’re starting to hone in ‘your sound’?

Serge: I think the very popular tracks that you hear more often are the room-filling A-sides but there’ll be a B-side that’s deeper and more lo-fi, and that takes you on a bit of a different journey. I don’t like to pigeon-hole us into any particular style. We want to delve into techno and stuff like that, you know. We go into the studio and whatever comes out at the end comes out at the end; we don’t really go in with a particular idea.

Firas: We’ve come from different places, so what we’ve seen and heard and collected over time before coming together makes it interesting working with each other. We’ve got very similar tastes, but from different angles, and with different elements to them.

SC: But you both share the old school 90’s New York influences?

Firas: Oh yeah. You can tell the house producers that used to, say, listen to or produce dubstep because they’ve got a distinct style, but that’s cool because they’re bringing new elements into it. It’s just a 4/4 beat really, isn’t it? 125 bpm and just whatever fits around it I suppose!

SC: It’s cool that you’ve recently had a release on Throne of Blood, having created this story that you grew up in New York, because now it’s like you’ve come full circle and are part of that New York family.

Serge: Well, yeah I suppose. Throne of Blood happened to love the record that we gave to them and really wanted to release it. I mean, the fake back story was just so that people would listen to the music instead of judge us on past projects. And it worked to a certain degree and we wanted to keep it going for a lot longer, and we had ideas for taking it even further. But we got found out by someone in the press and we had to come clean.

Firas: It’s more of a laugh, you know. The fact is: DJ bios are boring. So we just thought, “why don’t we just make some stuff up.”

Serge: We didn’t wanna rattle off who we’d worked with and where we’d come from – we said “let’s put some nonsense; people can make their own minds up.”

Serge: Yeah Boiler Room was fun! I had a bit of a nightmare journey getting there – I was stuck on the motorway in England for like 5 hours – so when I got there I was pretty pumped up. I was like “Yeah, I’m fuckin’ here!” And then when we went on you could see the relief in what we were doing. It went really well and we had a great time.

SC: The crowd seemed much more lively and into it than the normal Boiler Room crowd.

Firas: We love Berlin, the crowd’s always great. But it’s strange when you drop a record and you can’t get the reaction from people because you’re facing a load of TV cameras.

Serge: But as we were taking turns it was alright.

Firas: Yeah, we enjoyed it, it was wicked.

Serge: And the venue there was great as well. It actually was like a boiler room.

[Skip to 38:53 in the BR vid to see Firas singing the wrong line and sheepishly returning to his beer, hoping no one noticed.]

SC: It’s interesting that you said that for your ‘W&O Street Tracks’ label you wanted to only release on vinyl, but then at the start of your BR set you bring in the CDJs to use alongside the vinyl, and you’ve started releasing some digital tracks as well now.

Firas: Well yeah, when we started Street Tracks we wanted to keep it vinyl because that’s the school that we came through, but we were being a bit narrow-minded. People were just ripping it onto mp3 and putting that on the internet, which meant that people were hearing really crap quality versions. And some people were like, “Why the fuck are you keeping this non-digital?”

Firas: Well it kind of is! So with Love That (Burns Hot Enough), which was our first release on Street Tracks…

Firas: …we announced online that we were going to make one of the tracks digital. And we’ve carried that on – releasing about half the vinyl tracks as digital as well. So the vinyl’s still unique, but it’s not as exclusivist – for the people that can’t buy the vinyl, we can give them a .WAV instead of a crappy ripped version. When there were people in Russia saying “We can’t get this!”, we realised we’d fucked up a little bit.

Serge: Also, a lot of people will buy the vinyl, but then download the mp3 and play that – they just like to have the vinyl to store in their collection.

Firas: When we announced it online, some people complained and were like “Ugh, [whatever]”, but most people were just like “Great, thank you!” So it seemed to make more sense.

SC: I swear half my iTunes is in the line-up. But the best thing for me is that it’s in a forest. They put lights up in the trees and make it really special.

Serge: I can’t wait for it. I prefer things like that to dancing in the middle of a field. There’s more atmosphere at a place like that.

Firas: Yeah we might stay for the whole weekend for that one. It looks really cool. 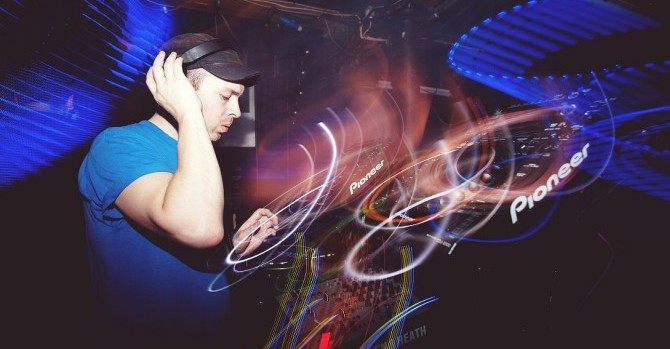 SC: And finally, you’ve got a new EP ‘Please Don’t Dance’ coming out soon. Previews sounding awesome. Anything special about this one?

Serge: Detroit Swindle did a cracking mix for us – it’s been going down amazingly. Apart from that, it’s just another string to our bow, basically.

Firas: Dirt Crew do a wicked coloured vinyl. This is a massively, err… [draws out circle with hands]

Firas: … happy vinyl. Dirt Crew have been wicked over the last couple of months – they’ve done stuff with Steve Huerta, Urulu (which we’ve been dropping a lot), Detroit Swindle…

SC: How did you get to know Detroit Swindle? They’re from Amsterdam, aren’t they?

Firas: Yeah. They just emailed us saying “We really wanna DJ with you guys.” and then we struck up this rapport. They were working with Dirt Crew so they came to London and we said hello to them. They’re really sound guys.

Serge: It’s what the whole house movement is like at the moment: there’s a new generation of people that all wanna get to know each other. It’s a family thing. It all feels really nice – it doesn’t feel too pressured; it doesn’t feel negative in any form at the moment. There’s just a good amount of people making great music coming through. Which is brilliant.

SC: Well that’s probably a good note to end on.

Here’s the preview of the Please Don’t Dance EP, dropping on May 6th.