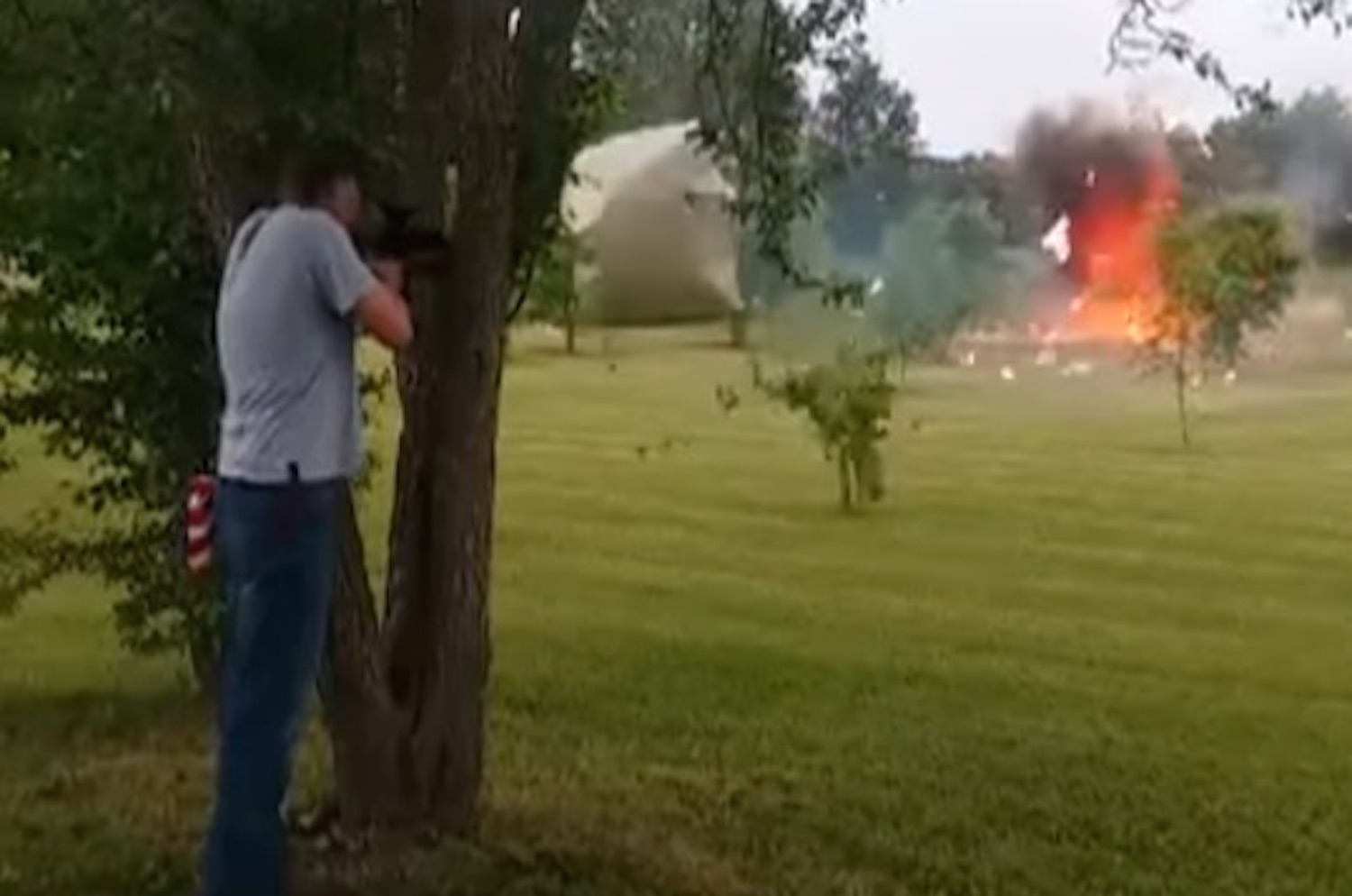 Despite the fact that there are countless videos of people shooting explosives and blowing off their legs or suffering catastrophic wounds, there are still numerous people in America who continue to engage in this pastime. They’re known as rednecks.

In the video below, this group of guys decided that it would be a really good idea to fill up an old fridge with explosives and then shoot at it. Fortunately, it doesn’t end in disaster for them, but it’s only thanks to about a centimetre, because the fridge door is blown off and only manages to miss the guy firing the gun by about that much:

Geez that was a close one. Love the way that the other guys just come out and say “that door was heading straight for ya” in that laid back southern drawl like it was no big deal. Just another day at the range shooting guns, I guess.

For more dumb people shooting guns, check out this video of a guy shooting himself in the face with a paintball gun. How dumb have you gotta be, seriously?