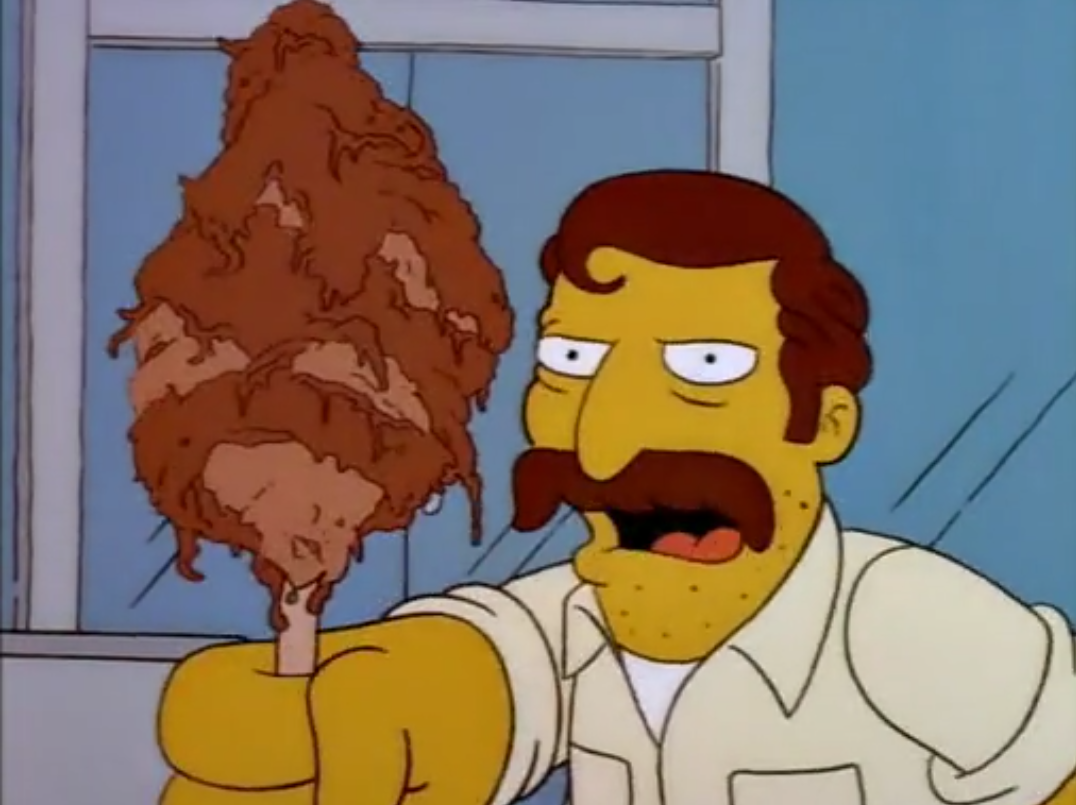 Although the more recent series of ‘The Simpsons’ might not quite live up to the earlier episodes, it is still one of the world’s most loved and well known cartoons.

An aspect of it you might not have thought that much about but has always played a part is the food that features in it. We all know Homer’s two loves in life are Duff Beer and junk food (who can forget his famous 64 slices of American cheese scene?) but actually some of the key episodes are centred around food too, like the one where Homer gains 300 pounds or the one where Homer thinks he’s going to die after eating blowfish.

An Instagram page called springieldcuisine has been made in order to celebrate the finest dishes that ‘The Simpsons’ has to offer, focusing on the earlier seasons. Here are some of the best ones:

For more of the same, here’s an Instagram page that showcases the most beautiful scenes from ‘The Simpsons’.