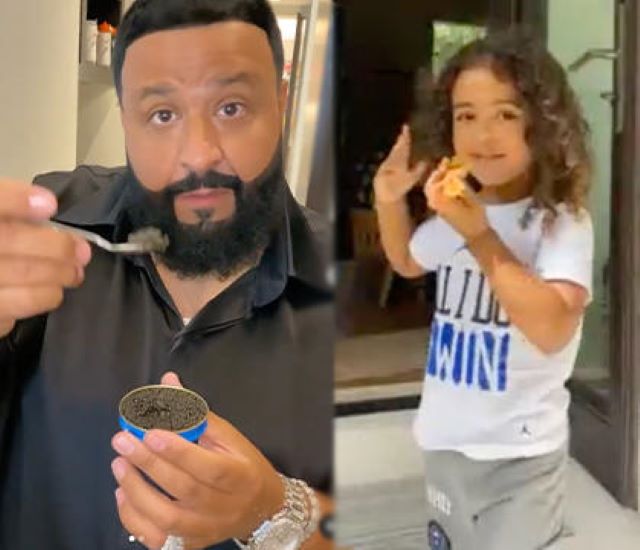 I did not see that coming.

There are countless videos online of DJ Khaled hyping up himself, his friends and his family, so what makes this one particularly noteworthy? Well, it’s the fact that you would never in a million years have seen the ending to this video coming.

Prepare yourself for one of the biggest plot twists in viral internet video history:

Wait ‘til the end 😂😂😂 pic.twitter.com/xYBOmAFyLr

Mind = blown. Is this what DJ Khaled does every time he drops off his son to school? Just stands outside the classroom with the door ajar hyping up his son, his custom Jordans and custom Jordan tracksuit, while the rest of the class just sits there and the extremely fed up teacher waits for him to f-ck off so she can get the lesson started?

I can guarantee anyone watching this video naturally assumed they were out in the garden or swimming pool at DJ Khaled’s mansion but nope, just outside a classroom full of kids on a school day. It’s just so funny to think this isn’t a one-off video of DJ Khaled gassing up his son, but rather just something that happens every day when he drops his son off at kindergarten. Gotta be tough for those other kids to sit there watching and realise their parents don’t big them up nearly half as much.

Let’s just hope the teacher took a permanent marker to DJ Khaled Jr’s shoes afterwards to correct the grammar – “it’s we *are* the best, not ‘we the best'”. Come on, get it right.

For the time DJ Khaled had a full-blown panic attack when a girl started twerking for him on IG Live, click HERE.