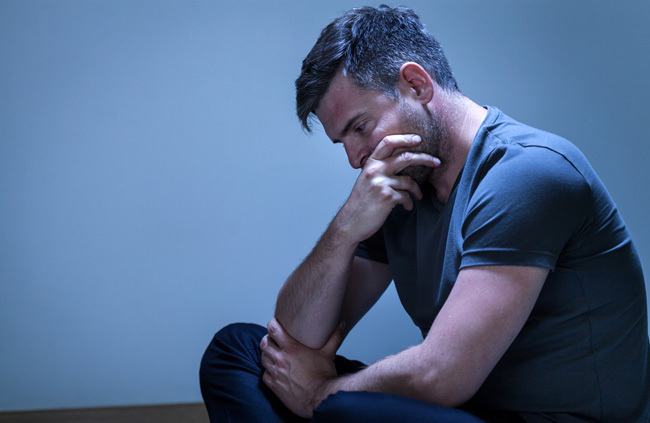 You wouldn’t wish this on your worst enemy.

This one is scarier than both of those however because the truth is it could happen to any of us completely at random. It was e-mailed over to the guys at Bro Bible earlier — a guy identifying himself as ‘R.L.S’ who is apparently friends with someone over there:

I’m 34 years old and I have a finite amount of real, working, orgasm-capable erections remaining. They estimate I have about a hundred nuts left.

You cannot imagine the feeling. I go in for what I think is a routine physical, and I’m blindsided. My whole life changes in an instant; like hearing you have six months to live. I honestly thought the doctor was fucking with me— how do you even process that kind of information?

But I’ve now seen the full battery of experts and specialists. They call it ideopathic fibrosis of the corpora cavernosa. Catchy, right? Basically, there’s a reservoir in your penis that fills with blood when you have an erection. In my case, every time I get hard, it causes an autoimmune reaction, which causes a scar tissue build-up in the reservoir. Ultimately, the scar tissue will make it impossible to ever get a boner again. I’m the first case anyone’s ever seen, and no one can tell me why it’s happening. I don’t wear briefs or hang out in saunas. There’s been no blunt force trauma to the balls. Some of the women from my past have suggested it’s karma, and I’m actually starting to believe it.

I’ve tried every conceivable therapy and medication there is, but nothing works. So I’ve been through the five stages of grief. I accept my fate. But that’s not the same as knowing how to cope with it. Masturbation’s obviously out of the question. I feel like I need to be super selective with women, as if all of a sudden I’m gonna start banging Victoria’s Secret models. Like I deserve it now, in some sort of twisted Make a Wish for a Dying Penis bid. And lately, I’m terrified of sex itself. I slept with one woman since the diagnosis, but when she wanted to go for a second round, a wave of incredible panic swept over me. I burst into a cold sweat and my chest felt like it was gonna cave in on itself. Since then I’ve been chaste as a fucking nun, but I toss and turn all night with crazy, disturbing sex dreams, and now I’m worried that I’ll lose a nut to a wet dream.

So I’m hoping to start a dialogue here. Has anyone out there experienced anything like this? How does one go about planning a farewell tour- a goodbye forever- to sex? Any advice/suggestions are truly appreciated.

Here’s how to make the most of those 100 loads though – 12 sex thoughts of girls that guys don’t know about.