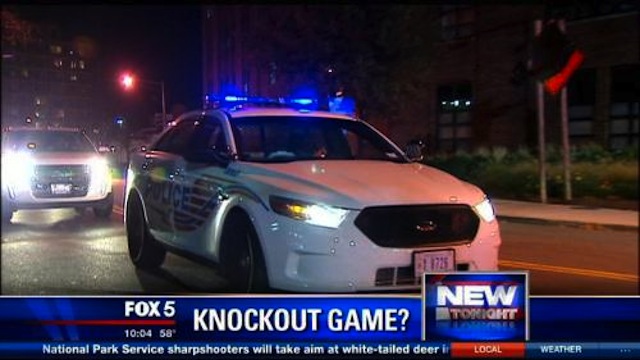 The paybacks just keep on coming for these street thugs knocking out complete strangers on the street – this time a 93-year-old victim has fought back and shot one of them dead.

The paybacks just keep on coming for these Knockout Game thugs ruining peoples’ days and lives in the name of some twisted juvenile fun.

The other week, a man shot a kid who tried and failed to knock him out, and had him sent to prison on top.

Then the other day, we posted this vicious video footage of some street rat pulling off the biggest Knockout Game fail of all time and nearly getting punted off the planet for his efforts.

Today we hear that a 93-year-old grandma who was waiting for a bus in St. Louis delivered the ultimate payback to a Knockout Game thug who blindsided her and dropped her to the ground, though not hard enough to knock her out (ha!). She looked up, saw a gang of teens laughing at her, then braced herself as they began kicking her on the ground. She did what she had to do and reached into her purse, pulled out her gun and shot the main guy who had knocked her to the ground.

The rest of them ran away, shitting themselves at the grandma with a gun.

A witness said: “I saw her sucker punched from behind really, really hard. She hit the ground and they all started kicking the poor lady. She got this huge gun out of her purse and BOOM! Headshot! Game over son! You know what I’m saying? Poor nigga never had a chance.”

Not to celebrate the fact that someone is dead — piece of shit or not — but you have to love this story. The Knockout Game is one of the most heinous, disgusting things going on in the world right now. Knowing you could end up getting shot in the head by a 93-year-old grandma is the deterrent of all deterrents for these clowns — your street cred and life down the toilet in a flash. It’s simple — don’t go around knocking out strangers. Hopefully this story makes the rounds and this pathetic ‘game’ comes to an end.