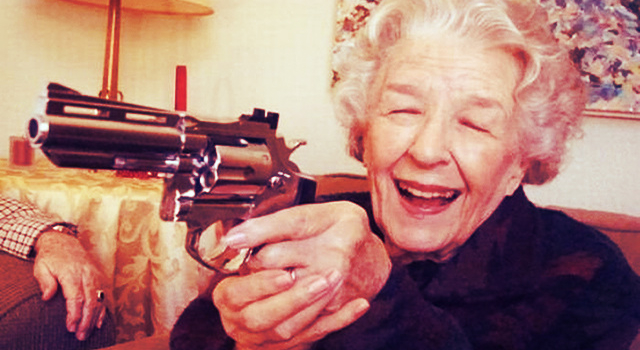 One Grandma was so upset about British Gas raising their prices she went on a rampage, killing all British Gas employees. On GTA V that is.

I’m not sure why this exists but it’s pretty hilarious. It looks as though someone’s grandma was so pissed off about British Gas hiking their prices (to be honest I don’t think she was the only one) that she decided to vent her aggression by playing GTA V and imagining that all non playable characters were working for British Gas and kick the absolute shit out of them.

You might think this is just an elaborate prank but it seems like the grandma was actually involved in it as you get to hear her commentary (‘I’ll give you central heating’ before lighting a man on fire) and see her playing and getting all wound up in the corner of the screen throughout the video.

â˜› More Grandmas: Grandma Gets Her Twerk On