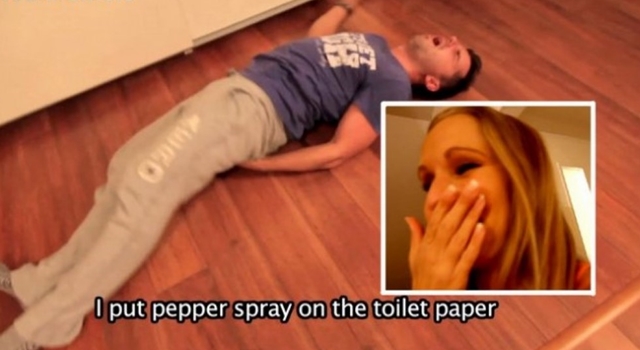 Humans have been playing pranks on each other since Jesus did that fake crucifixion thing 2,000 years ago, I guess we’re all a bit mean at heart. I always wonder whether the number of pranks per capita has risen since the advent of YouTube though? Now these random acts of unkindness can be easily aired to millions, has that spurred an increase?

Who cares, I guess. They’re entertaining either way.

So this next prank comes hot on the heels of the endearing “pretending to kill your own child” prank and the enchanting “poo on a Lamborghini, then get tazered” prank. What has the world come to? The premise of this clip is simple, some girl puts pepper spray on some loo roll and films her boyfriend post-poopy time.

As awful as that was, it’s still nowhere near as bad as the turd/ice box challenge prank on a young autistic kid. That’s probably the worst thing that has ever happened.