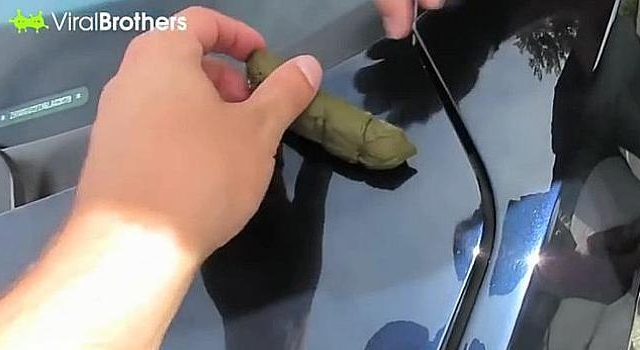 What do you get if you poo on someone’s fancy car? You get the taser, that’s what.

This poop gag by the Czech pranksters – Viral Brothers – went a bit too far though. According to the dastardly duo, this Lamborghini driver had been a bit of a doosh and cut them up in traffic and given them the finger etc. So they decided to follow him, wait for him to leave the car and then lay a fake log on the bonnet of his car for shits and giggles.

It’s a pretty simple gag, and let’s face it, the idea of dropping a dead otter on a fancy car that belongs to a pillock is pretty appealing. But things soon took a turn for the worst when the owner comes back to find the muck on his car and pulls out a taser.

I bet they wished they’d actually damaged the car, like the noob who lobbed a stone at a Lamborghini.