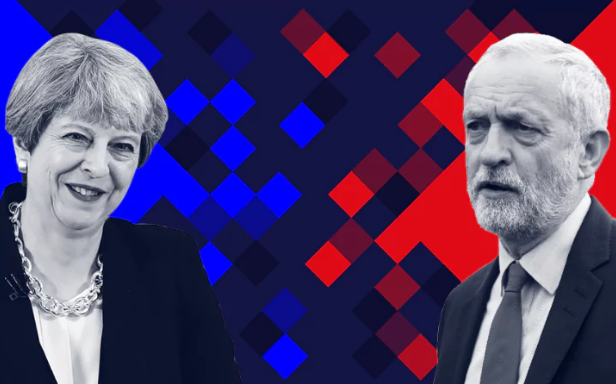 Who are you voting for?

Slogans typically don’t mean shit in this heavily commercialised world of 30 second adverts, sponsored content and product placement – take a look at this atrocious football kit advert for example. Every slick phrase has an agenda, as does every slicker voice saying it. So it’s no surprise that the general public don’t place much onus on the slogans of our political parties, aside from to ridicule, which is generally the best course of action for what usually amount to vague statements of intent at best and misleading platitudes at worst.

Those labels are relevant to the current election, that one your mate who goes to Goldsmiths won’t shut up about and the same one you keep seeing referenced in Louix Theroux memes. Regardless as to whether you’re keeping up to date, Jeremy Corbyn’s ‘For The Many Not The Few’ and Theresa May’s ‘Strong And Stable Leadership’ have probably found you, with both phrases smelling like pots of bad coffee and focus groups.

But these slogans actually reveal quite a lot about the conflicts characterising this election, about the opposing leaderships, the focus of their parties and the choice voters have to make on the 8th. So whilst you could argue campaign slogans are meaningless, after all there isn’t a binding obligation to honour them once in power, the dividing lines over which the future will play out definitely aren’t. ‘For The Many Not The Few’ and ‘Strong and Stable Leadership’ allude at the two sharply different visions for the future of the UK on the table.

That seems like quite a stretch from simple catchphrases, so let me explain. 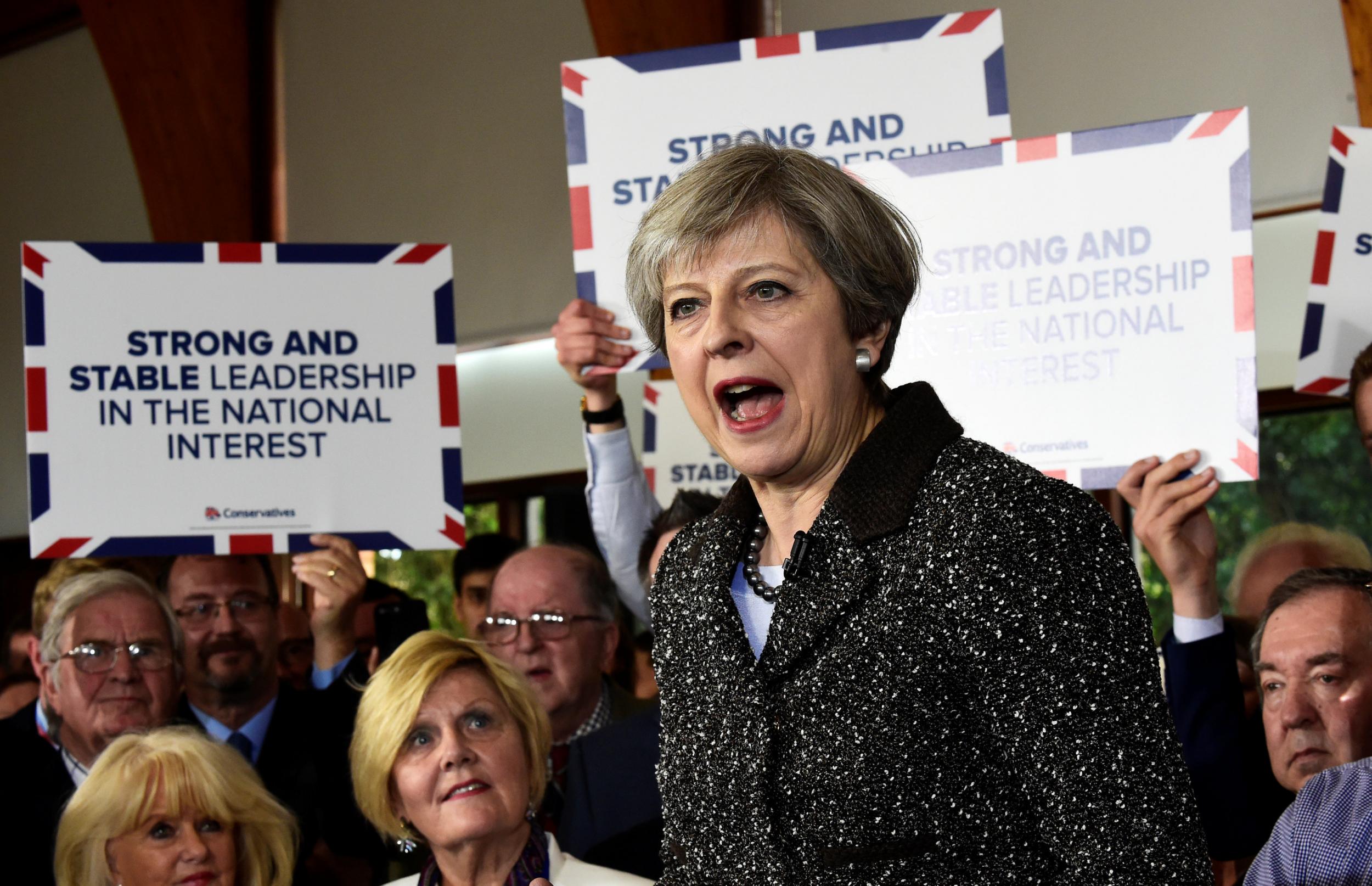 ‘For The Many Not The Few’ describes who Labour’s political system would aim to serve; the focus is on what the government can do for the country and those who live there, the services to be provided and the scope for their provision. It claims that a Labour government would provide said services, or other political support, for the majority in society; that the policies they’d enact if they were in power would directly improve the lives of most of us. Not all, but most or at least more than currently. The key point is that ‘For The Many Not The Few’ attempts to sway your vote through promises of better a life and equal political representation.

‘Strong and Stable Leadership’, on the other hand, tries to convince you on the basis that the Conservative party possesses more desirable qualities for running the government. It purports that Theresa May is the most skilled, reliable and well-placed politician to help guide Britain through the Brexit negotiations, that only the current administration has the necessaries for Britain to survive in a modern political landscape and all other options would be playing with fire, a ‘Coalition Of Chaos’.  It relies on anxiety about Brexit and the political opposition to secure your vote, highlighting their weaknesses in comparison to apparent Conservative strength.

You don’t have to be a rocket scientist to see the difference in these two approaches; one party is indicating what they plan to do with power, the other why they deserve to hold it. 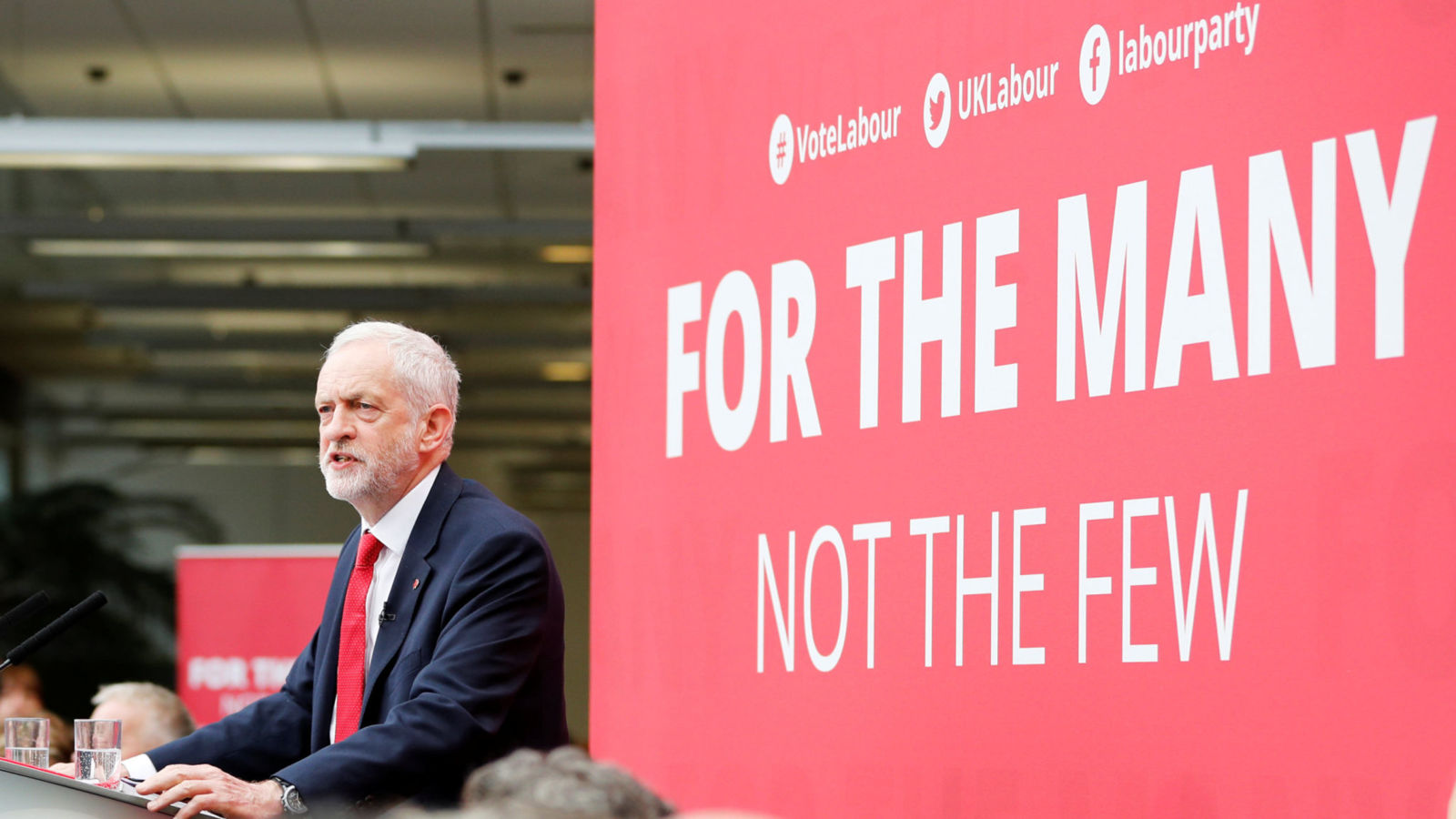 Don’t get me wrong, Jeremy and his mates think they deserve government too and there’s no shortage of left-wing superiority complexes or overly active moral compasses. But, Theresa May’s attempts to play on the fears and anxieties of the British people, in conjunction with the right-wing press, demonstrates the falsehood of her position, her party’s political weakness and the ongoing drift between political rhetoric and political reality. It’s also why voting Labour is the right call this month, even if Jeremy does look like a Geography teacher.

First of all, why are we here? The reason behind Theresa’s decision to pursue a campaign based on leadership were her high poll ratings compared to Jeremy’s, a similar train of thought to the one behind this election in the first place, despite her assertion in September that we wouldn’t see one until 2020 on account of our need for “stability” – the irony in which goes without saying. The electoral motive was thus political capital by exploiting Labour’s weaknesses, ostensibly for a greater mandate in the Brexit talks which I’m not denying but merely adding to the list of motives, just below the actual reason: an increased Tory ability to push through their domestic agenda. This may not be a secret or even an inherently bad thing; it’s smart political manoeuvring after all, but it indicates the Tory priority: power.

Power, plain and simple. That’s why Theresa May suddenly had a change of heart about Brexit, because she desired power and recognised that to succeed David Cameron she’d need the Brexiteers on her side, hence the shift. Pause for a second, and recognise how unsettling the idea of a politician who is willing to completely reverse their views on pivotal issues simply for the sake of holding office truly is.

Not only does it mean our Prime Minister’s opinions are want to change at the first hint of losing political capital, it shows that she’s not firm or, dare I say, strong in the views she holds. We saw this first with her and Phillip Hammond quickly backing down over the raise in National Insurance contributions, and then with their U-turn on the beautifully named ‘Dementia Tax’. As soon as her policies begin leeching support, especially with her own party, she backs down. Power is an inadequate motive for public office because it doesn’t require strong personal convictions, by her own admission a pre-requisite for such a position. 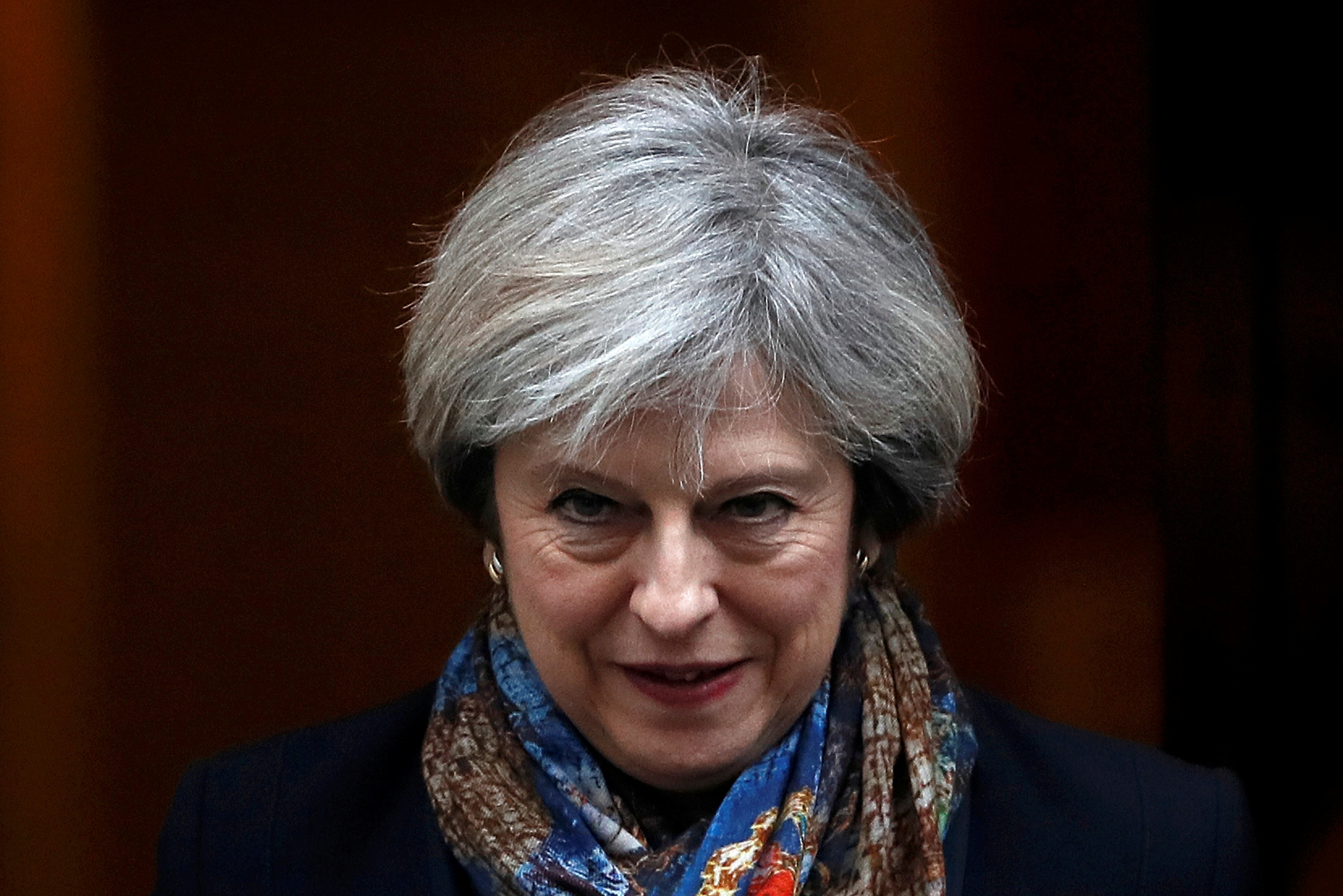 This lens of power is illuminating when turned upon Conservative policies and political conduct – it shows us that not only do the Tories not structure their policies on the net benefit for those implicated, they choose policies based on considerations of power over all else. The best example is the continued adoption of economic austerity whilst simultaneously failing to tackle tax evasion and lowering corporation tax. The benefits to the latter two are outweighed by the negatives, austerity flat out doesn’t revive the economy and millions of pounds worth of social cuts have ruined lives, a fact I guarantee you won’t have escaped them. It’s not that they don’t know, it’s that they don’t care, because those hit hardest by austerity are also those with the least political relevance, and those with the most to gain from concurrent tax cuts carry far more political clout. Other examples include the recent pledge to bring back animal rights to the dark ages and vote on fox hunting, despite 67% of voters disagreeing, and the proposed resurrection of grammar schools, despite proof that they worsen the class divide in education. Again, both policies are popular with the rich and thus more likely to strengthen their power.

But, you could say, even if that is the case, does the country not need May’s strength and stability, regardless of her motivations for office? After all, if the Conservatives do truly have this zero-sum outlook on life then wouldn’t that be best for the Brexit negotiations? Shouldn’t we be thinking about what’s in the national interest as a whole, not dissecting the morality of British politics?

It’s only on challenging these assumptions that we get to the crux of the matter, namely the cooperation of right-wing politics, media and business to change the British political landscape in their favour, maintain Conservative power and ensure their enriching status quo remains intact. 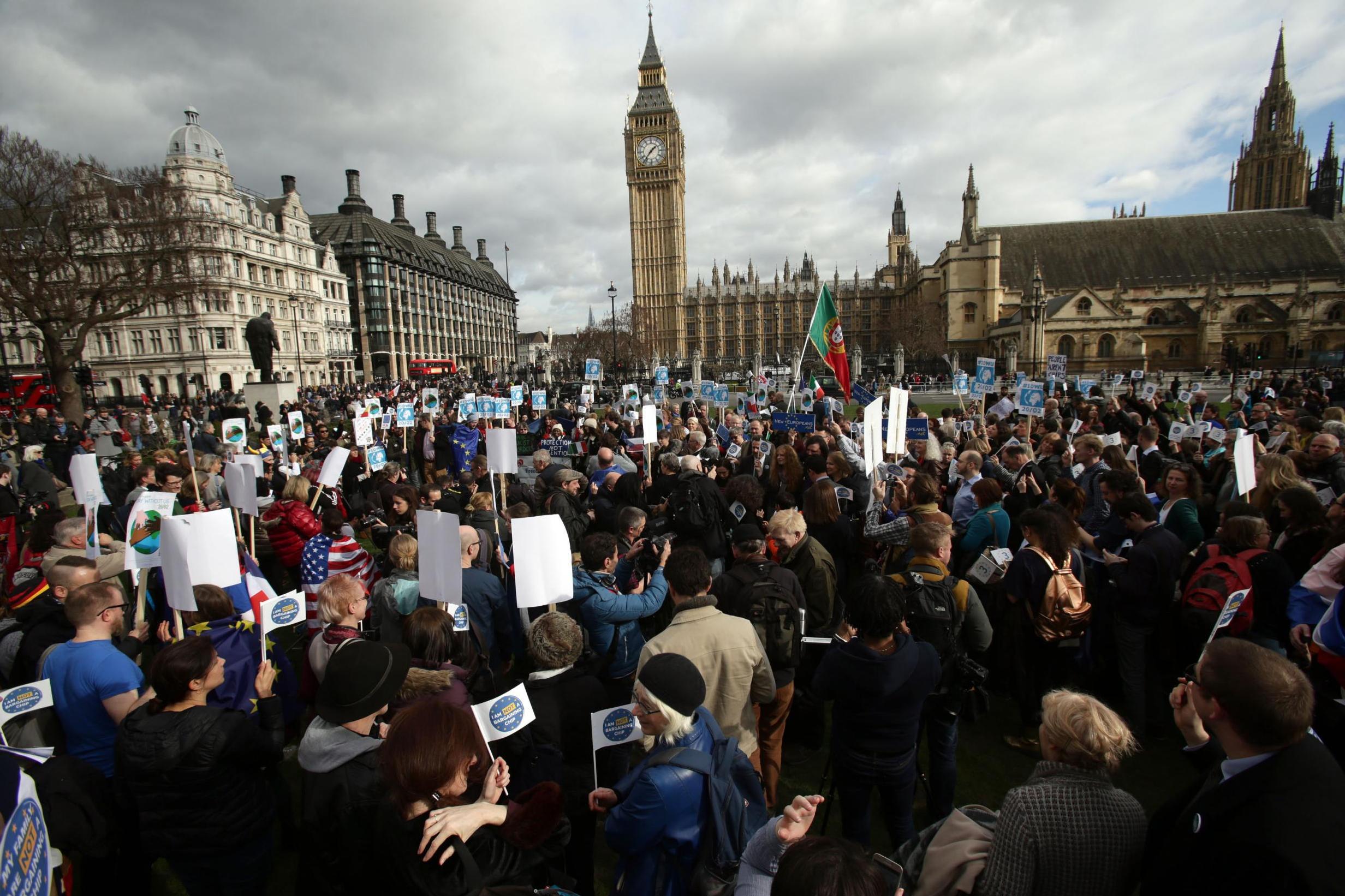 Because whilst I could write more about how May isn’t strong or stable, (she isn’t) or how the Conservatives aren’t the best to lead EU negotiations, (they aren’t) what’s more telling is that Labour are widely believed, perhaps less so now, to be far less capable in both areas despite evidence to the contrary. The common perception of Labour is one of disorganisation, fiscal incompetence and ill discipline, partly created by 2008 and the Blair years, but mostly by a long-term, concerted campaign from the right wing press to discredit the party and what it stands for. Their mission, driven by Britain’s most-read papers The Daily Mail and The Sun, is responsible for Labour’s low poll numbers and thus this election in the first place, in fact the whole premise of the Tory campaign is a direct antithesis of the version of Labour these papers have created. ‘Strong And Stable Leadership’ is a good example, and it’s no coincidence.

Britain’s right-wing press lobby one issue above all others: immigration. I don’t know to what extent racism or xenophobia is involved so I won’t speculate, but what is for certain is that without the efforts of Rupert Murdoch and his gang of merry men, immigration wouldn’t have dominated the political narrative in the run-up to Brexit nearly as much and the outcome could’ve been different. That’s what I mean by ‘changing the political landscape’, in other words altering the core issues around which British politics revolves to steer the country into making decisions that benefit themselves. This process is frighteningly effective, highlighted by the fact that no party backed by The Sun has ever lost an election.

It makes sense then, that when someone comes along who seriously threatens these entrenched interests the push-back is vitriolic and venomous. No one wants to lose power, least of all the greedy. The Labour manifesto promises a war on tax evasion, no more student loans, the nationalisation of previous public sectors like rail and water, major increases in corporation tax and other policies that would spread true political participation across a much greater number of people, giving them voice where they didn’t before. The manifesto is far from perfect, as is the Labour party in general, but the honest motivations seen in their slogan are clear and distinctly absent across the aisle. 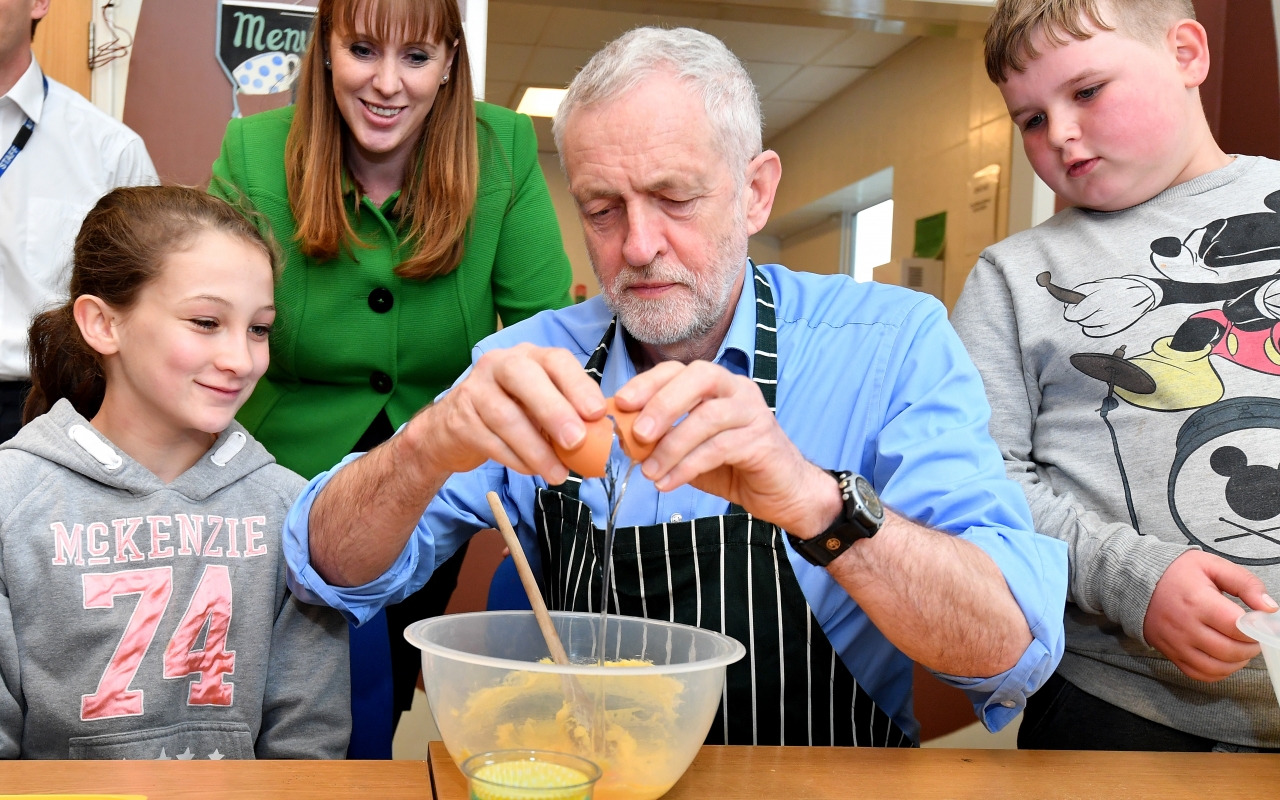 Even more dangerous for them is Jeremy Corbyn himself, a politician who doesn’t subscribe to the dynamic of power elaborated above. Power isn’t his principal motivation, instead what drives Jeremy Corbyn’s policy is a genuine desire to improve the lives of the British people, not because he thinks it’ll get him power but because it’s what should be done with power. This makes his views far more potent, significantly less open to manipulation and much more likely to be stuck with through thick and thin whilst explaining his focus on schools, hospitals and transport instead of slight economic improvements no matter the cost in human suffering.

Chances are Labour will lose on the 8th, it’s the most likely scenario and one that’s still not threatened by their recent gains. However, the trend in politics at the moment is the overturning of established political orders, disastrously in America but more promisingly in France, and whilst Brexit had support from the right-wing press it still definitely stands in similar stead. David Cameron and of course Theresa May were against it, as were many in the same camp now determined to crush Corbyn, so sometimes things aren’t always as simple as perhaps described here. It does mean though that even if things don’t change this year, 2020 is a much likelier prospect, especially if May keeps having angry dinners with eurocrats and Brexit goes south.

Bearing all of this in mind, ‘For The Many Not The Few’ and ‘Strong And Stable Leadership’ stand in a new light. I plan on voting for the slogan that stands for an inclusive political system, fairness in income distribution and the maintenance of Britain as an outward-looking, open country. If you plan on voting the other way, go for it, express that right but remember who you’re voting for, because it’s not just the Conservative party.

Otherwise, you’ll just have to hold out and hope Louis Theroux is the next in Number 10.