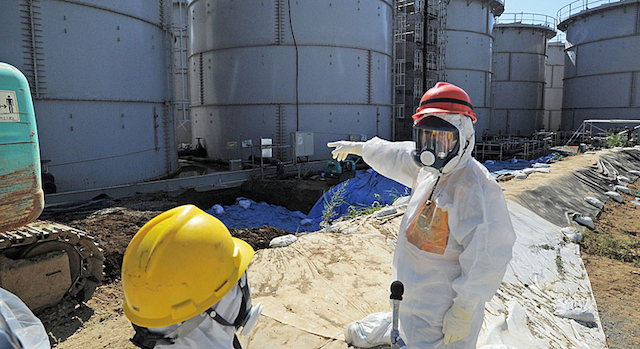 A photo of the sea next to the Fukishama Power Plant in Japan literally boiling because of nuclear waste went viral over the weekend and highlights a lot of serious, potentially nuclear disaster inducing issues with the plant.

Yesterday this photograph of the ocean literally boiling next to the site of the Fukushima Power Plant over in Japan went viral on Twitter, probably because it’s a pretty freaky photograph and also because it’s pretty concerning as well for pretty much everyone in the world too. Check it out below: 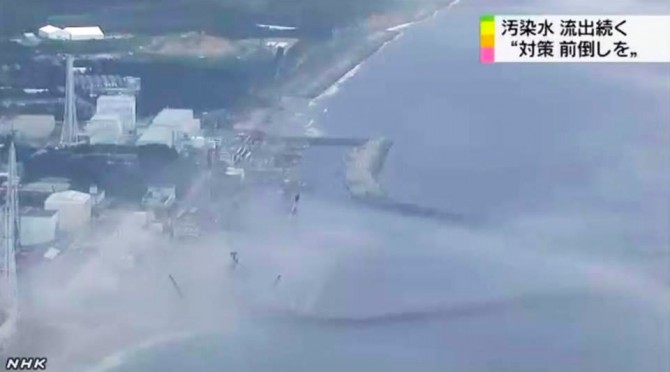 In case you forgot, about two and a half years ago there was that huge earthquake over in Japan which messed up the whole country and led to the Fukushima power plant getting completely trashed which in turn led to huge radiation leaks which basically couldn’t be stopped at the time and it’s being surmised that these radiation leaks are what’s currently causing the sea to boil.

We covered this disaster briefly when it first happened, so if you want to look at some photographs of the power plant following the earthquake click here. If you don’t want to then you probably just need to know that the place got devastated. It now sounds like stuff hasn’t gotten any better over there since the time of the disaster, even though they’ve had two and a half years to clean it up.

Following the picture going viral towards the back end of last week, another picture has surfaced on the internet, which showed that the sea wasn’t actually boiling itself but that the effect was more due to some kind of fog/cloud/haze in the air. A Japanese journalist called Mari Takenouchi also sent the following tweet last week that supports this view and she seems like a well respected journalist in Japan, so it seems like we can trust her.

@toniajr @AgentViz NO, the sea is NOT boiling. I cannot identify the source, but the foggy thing is steam coming from somewhere.

Still, it seems like we don’t really know what’s going on there until the Fukushima Power Plant actually admits they have a problem and decides to do something about it. To be honest I didn’t think the original picture really legitimately showed the water boiling but the fact that it went viral shows that people believe that it could happen, and if nothing else at least it helped to raise awareness of the problems in the area with the nuclear power plant and may help something get done in the area.

It seems like there are A LOT of problems with the nuclear power plant – even if they’re not actually making the sea boil – and something definitely needs to be done at the place. Find out all about it on the following pages.