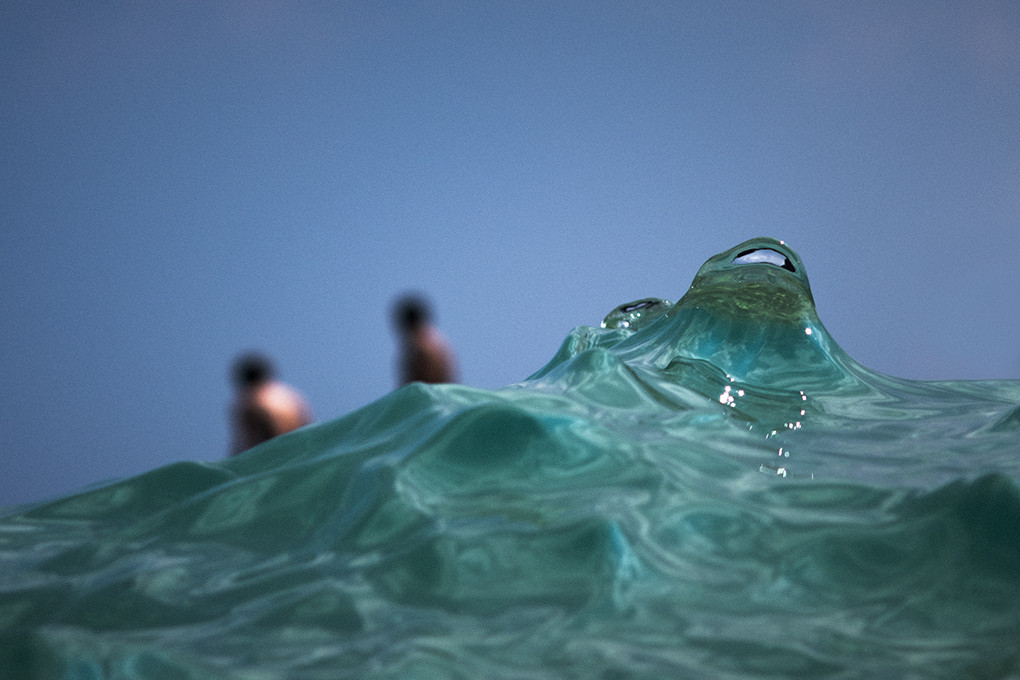 The ocean never looked so alluring.

Ever thought of changing career? I know I have. I want to be a flower arranger in Cambodia, either that or a lollipop man on the Isle of Bute. I haven’t decided yet, that’s the problem, there are way too many options and all of them are either unattainable or crap.

One person who has managed to make the switch quite dramatically is an Aussie fella by the name of Ray Collins (nothing to do with Phil I have been reliably informed). He was a coal miner for many a year before switching to the arts. After long, sweaty shifts he’d go down to the beach near his home for some fresh air and to take photos of his mates surfing. As time went on he spent less and less time snapping his pals and more and more time observing the swirls and eddies of the ocean.

Collins is colour blind and reckons that perhaps the contrast between light and dark is more pronounced to his eyes, giving him an extra sense of the movement of the sea. Who knows, and who cares. His pictures are lush.

Normally on Sick Chirpse we’re talking about the terror of the high seas, but these pictures are about as relaxing and soothing as it comes. Have a look through these watery wonderlands on the following slides: