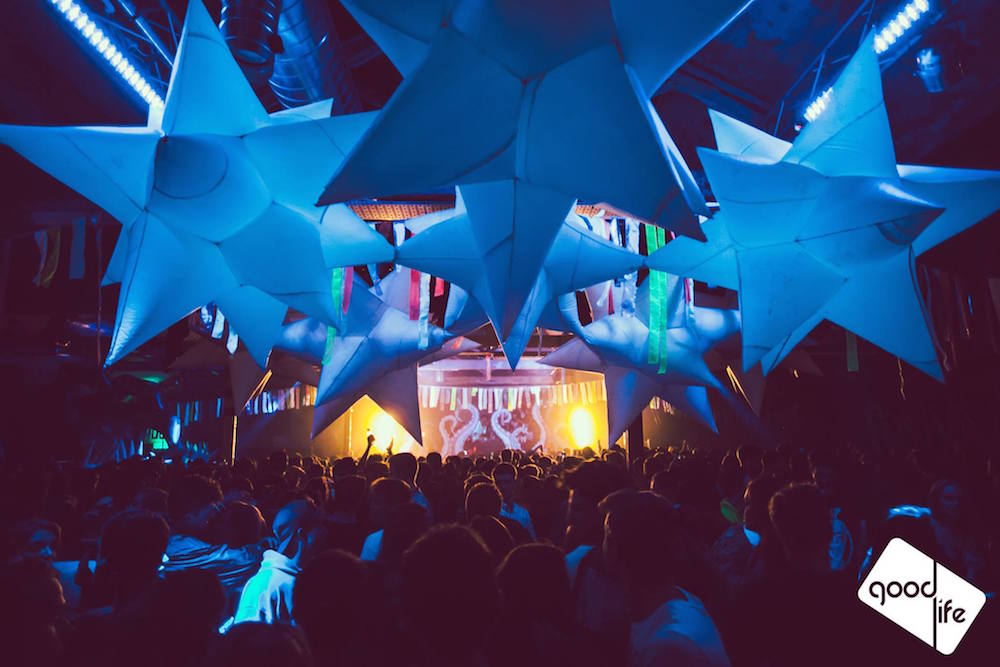 Fools Paradise is coming. Leeds, look out. It’s going to be HUGE.

You might think that the festival calendar in the UK couldn’t get any more impressive. But us Brits pretty much invented the music festival and it doesn’t seem like we’re taking our foot off the pedal as we scream through 2015. Bring it on.

Good Life have spent the last couple of years building up a head of steam, setting up some of the most popular club nights Leeds has seen for many a year. All in all they’ve thrown out 18 events, including some beauties at Canal Mills, Beaver Works and the The Warehouse.

Good Life’s parties have won them a reputation for focusing on strong musical vibes, innovative decor and a proper feel good atmos. But, taking their passion for eclectic electric one step further, they have given birth to a monster. This fresh new Frankenstein is called Fools Paradise and it’s going to be absolutely killer.

Fools Paradise is set to take place on the 26th and 27th of September in Leeds, and it’s like no other festival you will have attended. It’s an inner-city affair making it nice and easy transport wise, and the venue of choice is none other than Leeds University.

For the first time in the University’s history it has opened its doors and allowed a bunch of beat-mad nutjobs to redecorate the bastard and fill it to the brim with tunes. 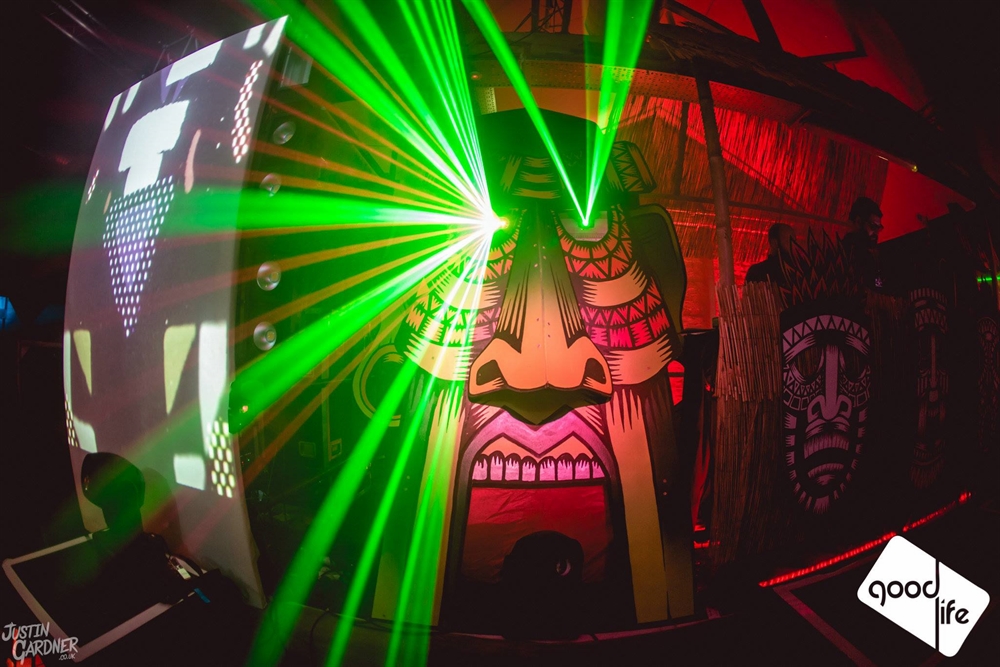 As you might have come to expect from Fools Paradise, the music will be covering a lot of bases, from rum-soaked reggae to gritty grime and everything in between and beyond. You’ll bear witness to DJs and live acts rinsing shoulder to shoulder.

Artists showcasing their wares will include Gentleman’s Dub Club, Trojan Soundsystem, Afriquoi, The Heatwave, Big Narstie and Artwork as well as rare festival performances from Panjabi MC and So Solid Crew (FFS). 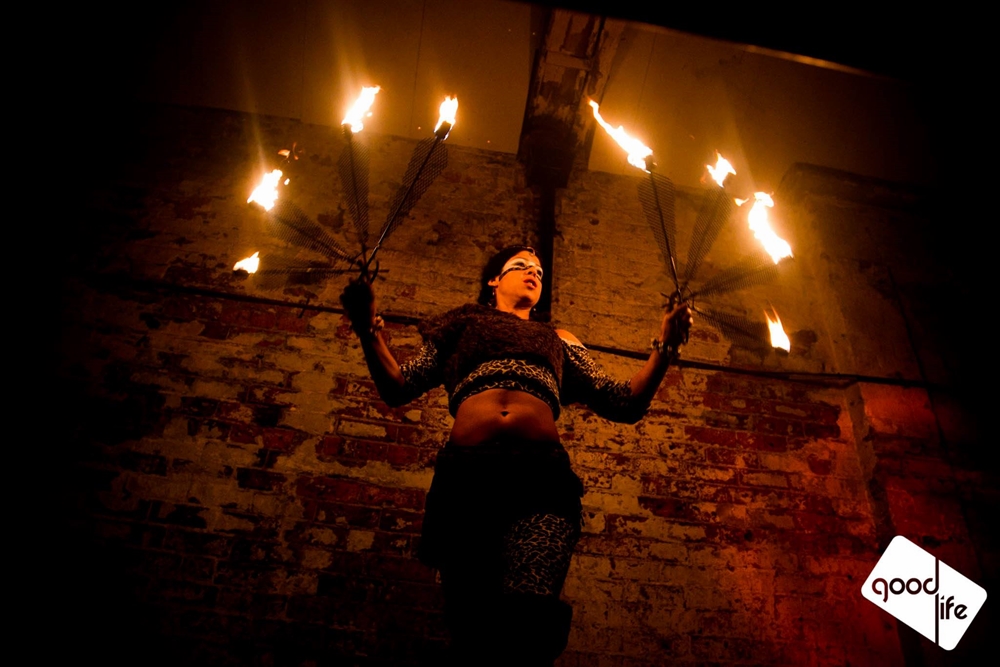 To add an extra twist to the already twisty occasion, each room will be decked out in its own theme. The main room is going to be transformed into the Bollywood Bazaar, the conference hall will become a concrete jungle smashing out the best of bass as far as grime and garage are concerned. Downstairs you’ll be encouraged to get your massive freak on in the Freakshow showcasing Artwork’s brand spanking new art project “Art’s House”. 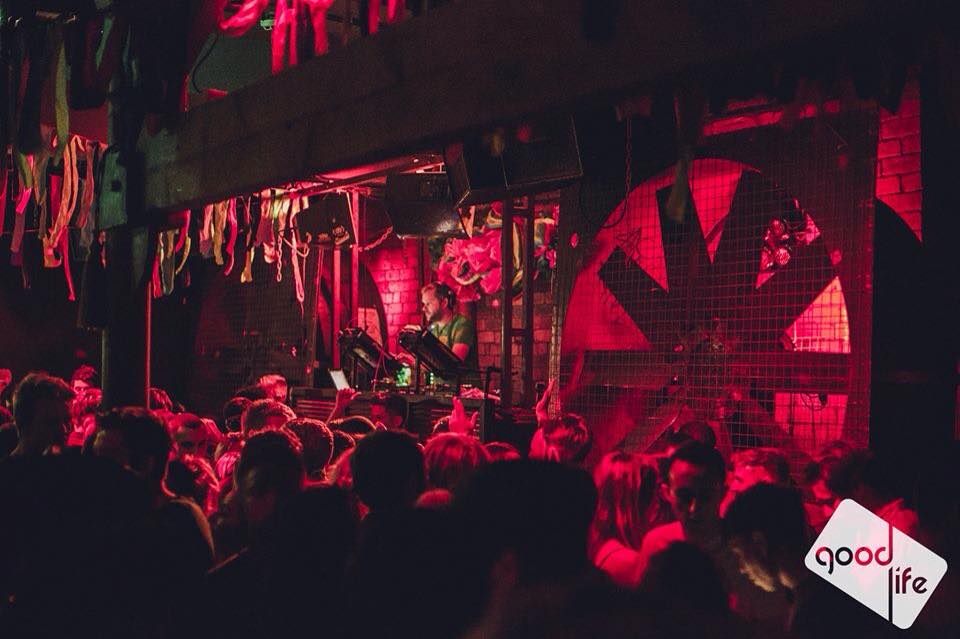 Meanwhile, up on the terrace, you’ll find NICEUP! Records smoothing the masses over with some pulsing reggae, dancehall and jungle; with the Trojan Soundsystem taking centre stage. 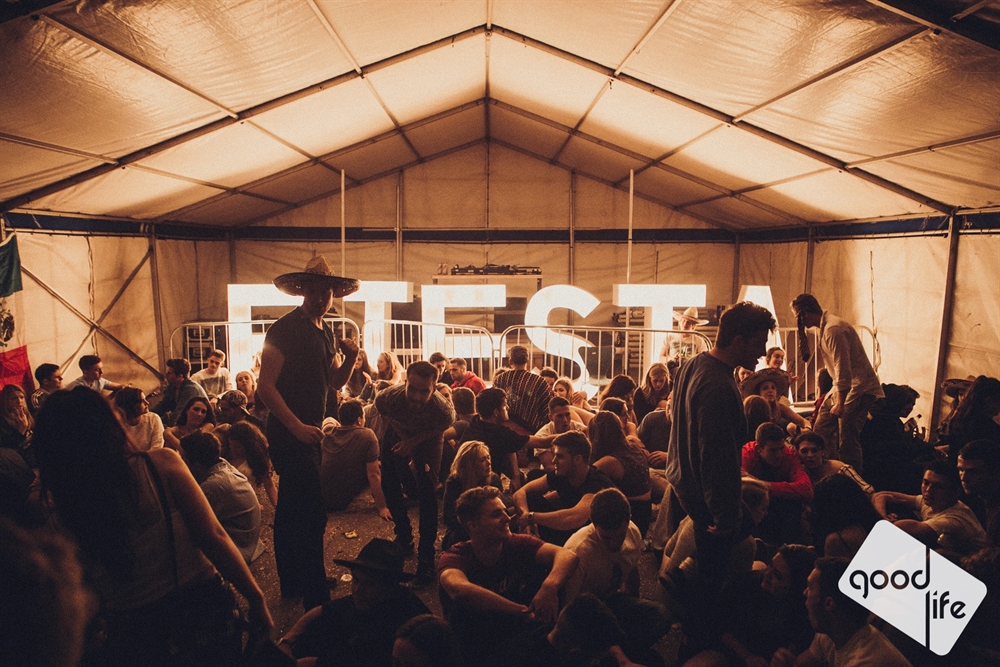 But, the most important room of all, and the room I expect you all to remain deep and dirty in is the Sick Chirpse hosted Deep Sea Room. Generally I advise all readers of Sick Chirpse to avoid the terrors of the deep blue sea, but this is an exception we are all prepared to make. Kitted out like a submarine mother fucker, the Sick Chirpse room will be bristling with solidest of acts, including Menendez bros., Yasmin and Martelo. And, most importantly, we will be there. Grinding. 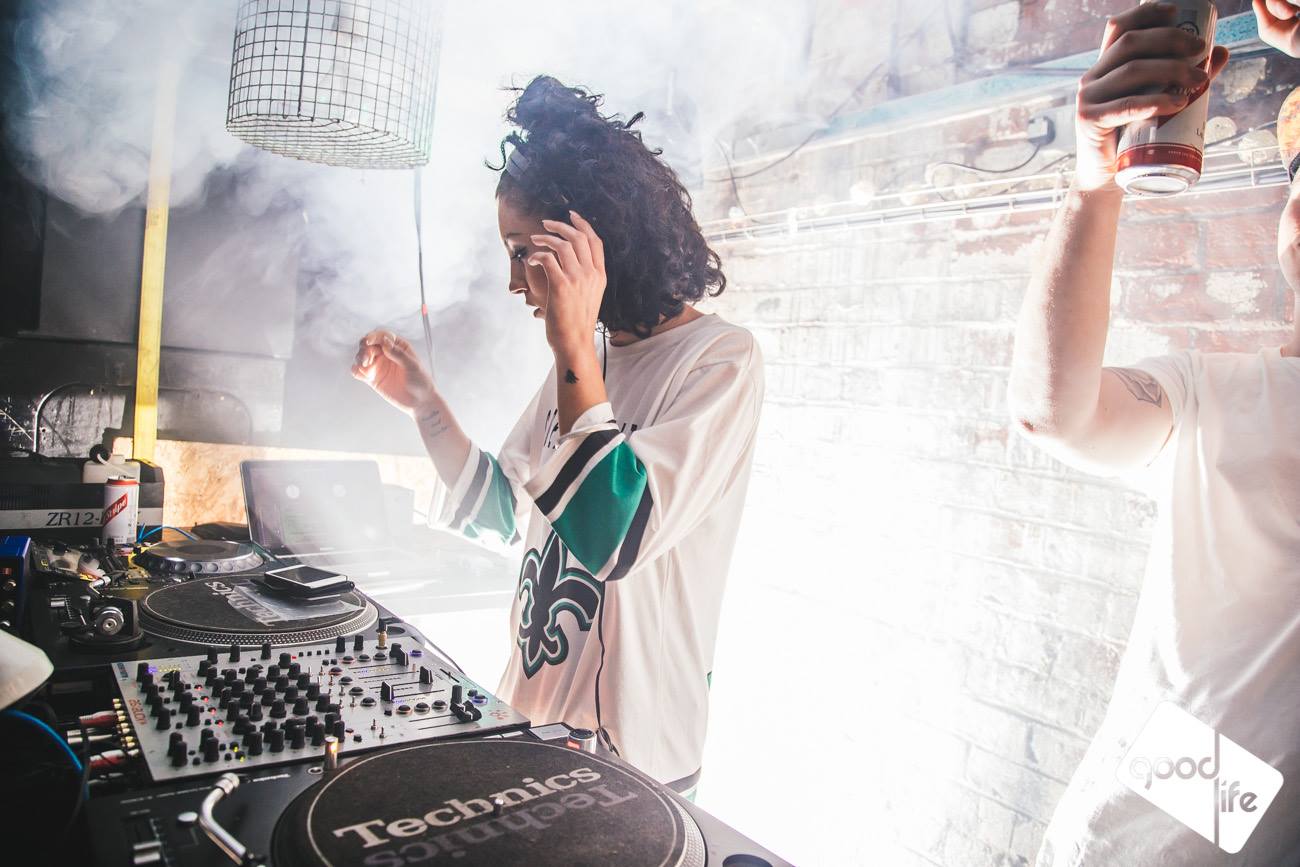 Like you would expect from any festival, inner-city or otherwise, there will be loads to do if your brain caves in and you can’t handle any more massive drops for a few minutes. Fools Paradise added extras include a ball pit (I’ll see you in there, I’ll be the one laughing maniacally), an Indian chill out lounge, a marketplace selling the delicious fuel you’re going to need to keep you pounding, a 90s throw back room and a hidden cinema.

So even if the pummeling bass lines start to fray your edges, you’ve got no hope of getting bored. 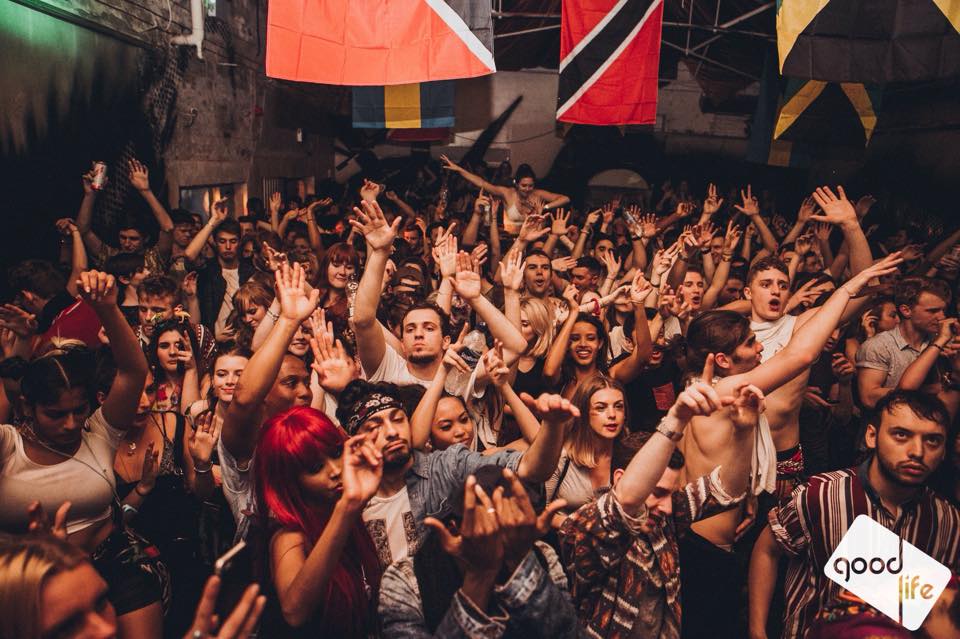 All in all Fools Paradise is looking like it’s going to be a full on face ripper, with a bunch of like-minded folks and a flood of visual wonders. On top of all that, the organisers are soon to confirm another act which they’re keeping under wraps for the moment. All we know is that the performer is a Leeds favourite and has headlined festivals in the UK and further afield. If the rest of the lineup is anything to go by I expect they’ll be killer too. 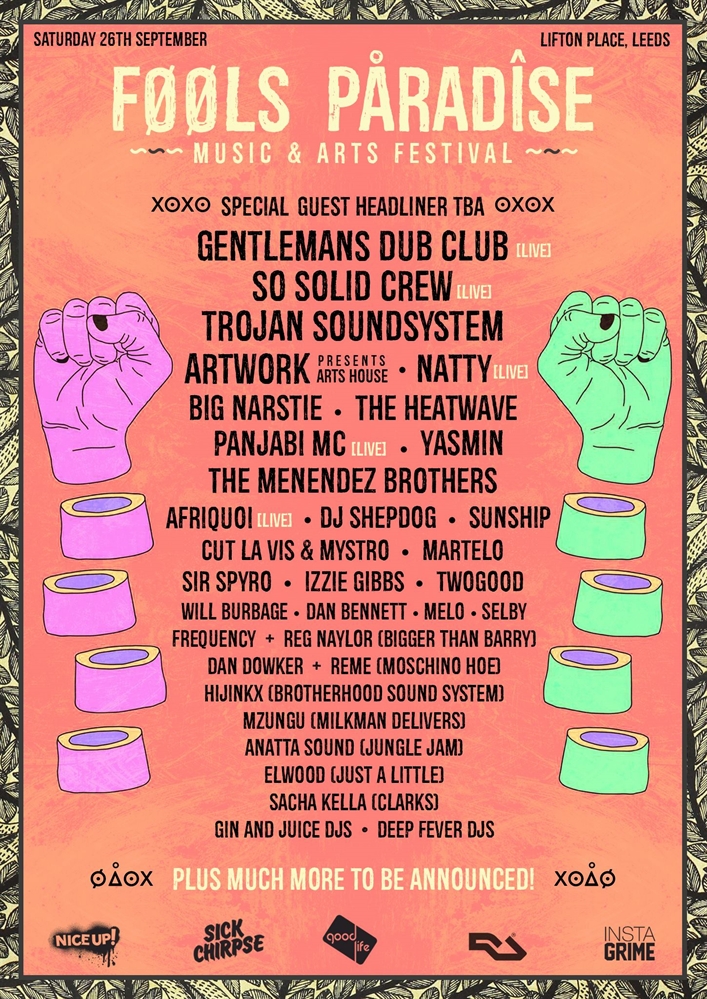 Tickets are already on sale and the 3rd release are currently flying out the Good Life office. So get in there ASAP if you want to swim with the Sick Chirpse clan.