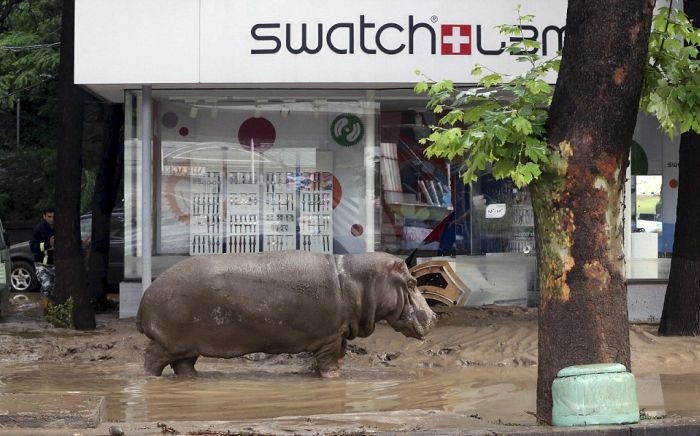 Whatâ€™s worse than a flood? A flood + dangerous zoo escapees.

There has been a spate of deadly earth-based dramas across the planet over the last month or so. Chile has been witness to devastating floods, as were a load of the southern states of America. There were the earthquakes in Nepal of course and now, it seems, it’s Georgia’s turn.

Georgia’s capital Tbilisi has been hit by some pretty major floods over the last few hours. So far at least 12 people have been killed and flood waters have left hundreds of people both homeless and soaked.

In a tragic and, to be frank, rather shitty twist of fate, the flood waters didn’t just displace humans. As the flood careered through the city’s zoo it managed to release a whole host of wild and not particularly friendly animals.

The new residents of the city included wolves, lions, tigers, jackals and jaguars (all of which have now either been shot dead or died in the drama). The most worrying escapee was an adult hippo. Everyone knows that hippos are one of the biggest human killing machines in Africa.

Eventually the giant was tranquillised and moved away from the danger zone. Phew.

Click through the following slides to see some photos of the beasts on the run (including a bear hugging an air conditioning unit half way up a house). 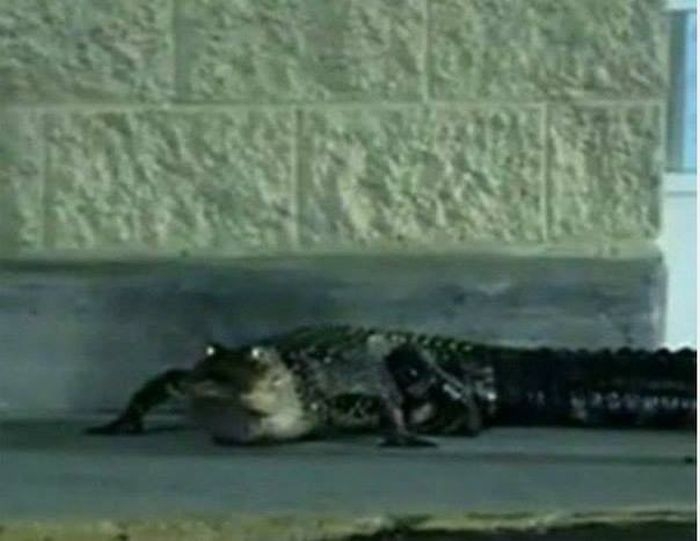