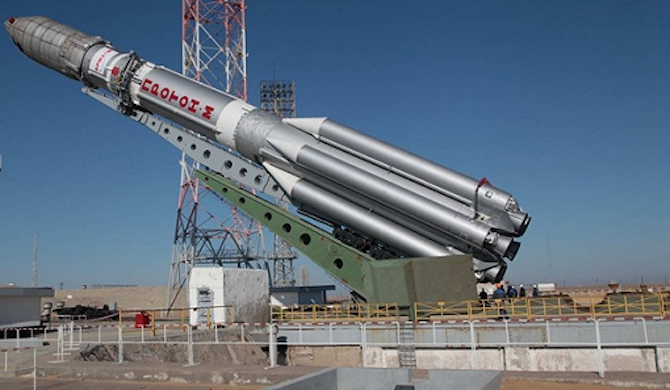 The Russians are respected for their space aged prowess, but confidence is waning after a pretty dramatic explosion last week.

Hands up if you like to see massive explosions. I assume many of you have your hands up. The visceral pleasure of seeing something destroyed is a weird aspect to the human psyche. But one that we will embrace with the following video.

This all kicked off on the 2nd of July, Russia’s Proton-M rocket was set to take some navigational satellites into space, but it went pretty tits up. The rocket was launched from Baikonur Cosmodrome in Kazakhstan carrying three GLONASS satellites but they didn’t get very far.

The rocket starts wibbling and wobbling like a pencil balanced on a finger just seconds after take off. The authorities are even investigating criminal negligence, I guess building satellites and a rocket isn’t exactly cheap. Some poor skivvy could face up to three years in prison if they are blamed. Other launches have also been set back until the rocket forensic chaps can put their fingers on where the beef began.

The video is pretty cool though, it’s an unmanned flight and no one was injured on the ground so you can enjoy it guilt free. Wait for the sound blast to hit the camera, it gives you a real sense of the power in these buggers:

BEARS FIRED OUT OF AIRCRAFT AT SUPERSONIC SPEED