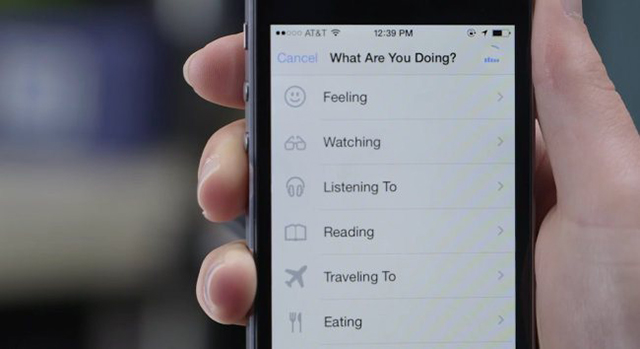 After getting all Tinder-y on us by allowing the option to ask someone about their relationship status, Facebook’s latest app permissions request has been rubbing users up the wrong way again.

Apparently Facebook is now demanding permission (on Android phones so far) to take pictures and record audio as it sees fit. So basically, it will tag songs without you having to Shazam them every time or could find out what TV show you’re watching.

Obviously it’s up to you whether you choose to grant this permission, but it’s made people privy to the idea that Facebook can switch on your phone’s mic/look through your camera whenever they feel like it. It’s just not the best thing to hear after the other month’s news that FB will help companies eavesdrop on conversations you have with friends on Facebook.

â˜› Read Next: Facebook Knows Which Couples Are Going To Break Up

That’s not all either; earlier this year Facebook revealed it would like to “prevent your phone from sleeping, send emails to calendar event guests without your knowledge, adjust and configure your wallpaper for you and read your SMS/MMS messages.” (Source)

So instead of complaining about the NSA/surveillance cameras and whatnot in your Facebook status, maybe be super ironic and complain about Facebook instead? It looks like privacy is for losers and making all info about yourself readily available to everyone on the planet is what’s hot on the streets these days. 2014 – gotta love it.